He stated that the Bangalore Medical College is now treating 95 cases of black fungus. In as many as 75 instances, the patients had uncontrolled diabetes or were given steroids during their Covid treatment. 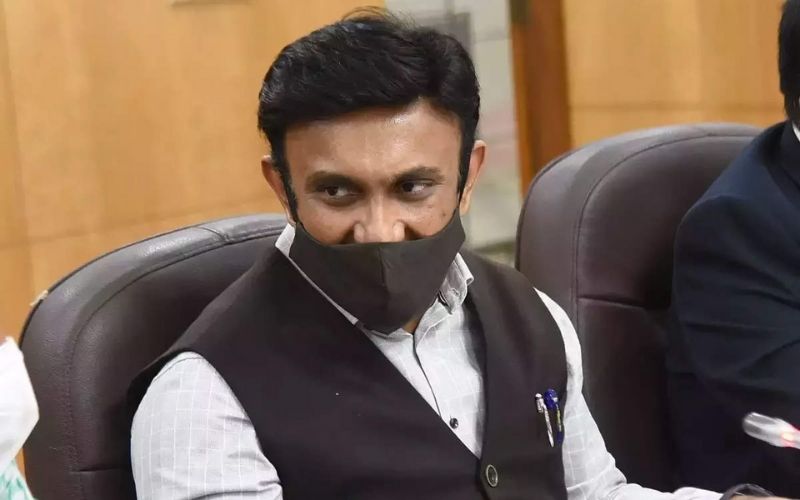 In light of the increased incidence of the black fungal infection, Karnataka will soon have a new discharge policy and post-Covid safeguards in place, according to State Health Minister K Sudhakar.

"After the meeting with the specialists, there is now greater clarity. One of the primary causes of black fungus infection has been discovered, and that is giving steroids during the first week of Covid-19 medication. We must avoid this, and steroids should only be used after the second week" the minister added.

As a result, Sudhakar urged doctors not to give patients steroids within the first week after catching the Covid-19.

He stated that the Bangalore Medical College is now treating 95 cases of black fungus. In as many as 75 instances, the patients had uncontrolled diabetes or were given steroids during their Covid treatment.

Sudhakar explained the new policy: "Covid patients will be screened for fungal infection and, if necessary, would have an MRI scan before being discharged. A specialised post-Covid ward has been mandated in all district hospitals."

"Covid-recovered people should get tested or have a teleconsultation within one week of being discharged. Every person who has recovered from Covid will be contacted to see whether they have any signs of fungal infection. They would be sent to hospitals for further diagnosis if symptoms are discovered" he stated.

Patients will be contacted for 7-15 days following their recuperation, depending on their health. According to a preliminary study, the virus has been recorded in local hospitals, taluk hospitals, and in some cases, those under home isolation.

In addition to Liposomal Amphotericin B, the Karnataka government has requested 20,000 dosages of two more antifungal drugs from the federal government.

According to data reported on Twitter by Union Minister for Chemicals and Fertilizers DV Sadananda Gowda, black fungus, which was formerly a rare ailment, has now become prevalent, with Karnataka reporting 481 cases.