Concerned over the emerging situation, Punjab Chief Minister Captain Amarinder Singh, on Tuesday, stressed the need for the central government to urgently open up the vaccination for a bigger section of the masses. 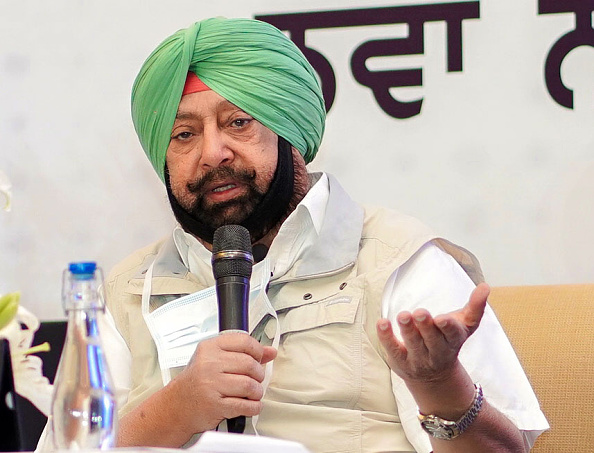 With 81% of the latest samples sent by the state for genome sequencing becoming positive to the new UK COVID variant, Punjab Chief Minister Captain Amarinder Singh on Tuesday urged Prime Minister Narendra Modi to widen the ongoing vaccination drive to cover people younger than 60 years of age since the UK variant of the coronavirus has been detected to be infecting more to the younger population. He even appealed to the people to get themselves vaccinated.

Furthermore, expressing concern over this emerging situation, the Chief Minister emphasised the need for the central government to urgently open up the vaccination for a bigger section of the masses. Pointing to the fact that experts had found the existing Covishield vaccine to be equally effective against the UK variant – B.1.1.7, he demands the process to be hurried. He added it is crucial to vaccinate more and more people to break the chain of transmission.

Till now, 40,715 COVID-19 cases and 199 related deaths have been reported all over the country in the last 24 hours. Furthermore, the new epidemics and mortality have pushed the country’s contamination count to over 11.68 million and the death toll has soared to 160,166.

During publicity of the Kannada movie ‘Yuvarathnaa’ in Karnataka’s Chitradurga district, the COVID-19 rules were violated as a huge crowd was overturned at the venue due to which social distancing norms were flouted. Actor Puneeth Rajkumar and other cast members were also present at the event. And this occurs even though the state has been tightening rules, making it compulsory for Maharashtra, Punjab and Chandigarh travellers to produce negative coronavirus reports on arrival. On Monday, Karnataka recorded over 1,445 new cases and ten fatalities, taking the total number of infections to 9,71,647 and the toll to 12,444.

While on the other side, in Amritsar, Khalsa College and Guru Nanak Dev University face a demonstration by their students on 22 March, many standing without masks, demanding the reopening of colleges that have been closed due to a sharp rise in COVID-19 cases. On Monday, the state recorded 2,319 fresh cases, propelling the tally to 2,15,409, while 58 fatalities drove the death toll to 6,382. This resulted in several schools and colleges, other than medical and nursing colleges, in the state and Chandigarh remain closed till 31st March.

Punjab: Students of Guru Nanak Dev University and Khalsa College stage a demonstration in Amritsar yesterday, demanding reopening of colleges that have been closed due to resurge in COVID-19 cases. pic.twitter.com/OoEda7CQ3V

Furthermore, the condition appears to be quite grim as the Rajasthan government has shipped a consignment of 10,000 doses of “life-saving” injection Remdesivir to the state. Rajasthan Health Minister Raghu Sharma said the number of positive cases has started increasing rapidly again in Punjab like other states of the country, hence, the injection has been supplied to Punjab free of cost.