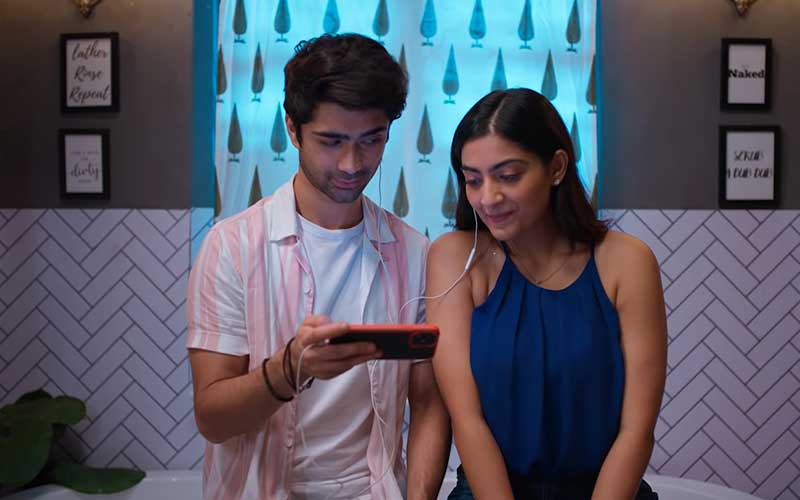 Digital streaming platform Netflix India has decided to treat fans even on YouTube with their first web series. They released Aryan & Meera Episode 1 called 'Moving in Together' on their YouTube channel. The series stars Taaruk Raina and Zayn Marie in the titular role. Directed by Tapasvi Mehta, the first episode stars P. Dilip Raj, Nina Sharma, and Ankur Jain.

Netflix India YouTube describes the first episode of 14 minutes as "They’re finally moving in together after a year of dating. Yes yes, it’s a VERY big step. Curious to see how it’ll go?"

Aryan & Meera Episode 1 begins with Aryan Khanna (Taaruk Raina) and Meera Rao (Zayn Marie) moving in together in a new house in Mumbai. They lie to the broker that they're cousins. We also get the flashback of how the couple met one-and-a-half years ago. They bonded with one of the best Hindi movies of 2015, which Aryan was watching on Netflix. As the couple says - Netflix played their cupid.

In the rest of the episode, we see how the couple cleans and design their house to make it feel like home. There are lots of mushy dialogues and endearing scenes till the end. Both Taaruk and Zayn look good together. The first episode will make you excited to know how the couple's love story progresses.

The first episode reminds me of Mithila Palkar and Dhruv Sehgal's Little Things. But I'm sure the latest series will be quite different from Mithila-Dhruv starrer. I also like the songs Hai Dil Tumpe Aa Ruka and Mere Ho Tum, composed by Archit and Smit. They're soothing to listen to and go well with the theme of the series. So far, I know that Aryan & Meera will tell us the couple's sweet love story in their new abode while also heavily promoting Netflix till the end.

Episode 1 is sweet and simple. We are introduced the duo as a couple. We might get to know them more in the upcoming episodes. The 14 minutes episode will make you smile.