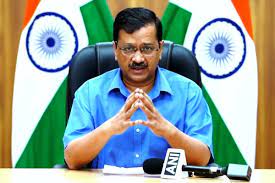 Delhi Chief Minister Arvind Kejriwal on Monday declared a 10-point winter action plan to control air pollution in Delhi as the forecast suggests the air quality will decrease soon. The Delhi government has formed teams to look at garbage burning, dust, and vehicular emissions. Kejriwal told that even though the pollution in Delhi is under control it will increase with stubble burning in the neighboring states in winters.

He said, I have been posting Delhi's air quality records since 15th September and we have seen Delhi's pollution levels are in control. But since the central and neighboring state governments have not done much to help farmers, Delhi’s air quality will start decreasing in some days due to stubble burning.