Artificial Intelligence should not be dominated by any country, Rajnath warns of dangers 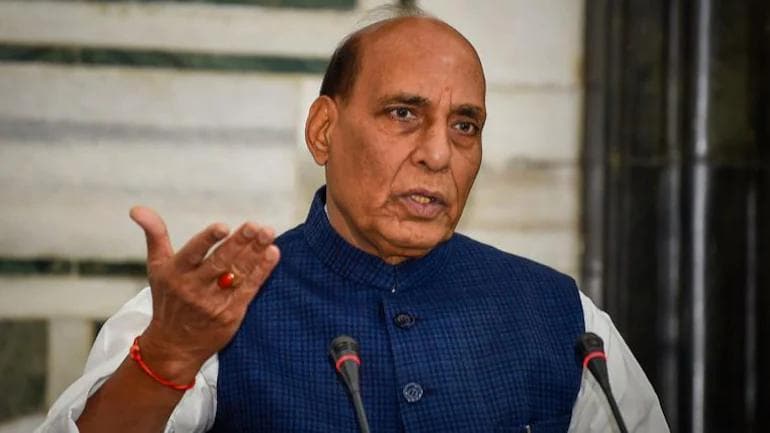 After a program organized on the use of Artificial Intelligence (AI) in the Army, Defense Minister Rajnath Singh said that this technology should not be dominated by any one country. India needs to work very carefully in this direction. We must be prepared to face the legal, moral, political, and economic upheavals it may cause. In the First ever ‘Artificial Intelligence in Defence’ exhibition & symposium, Defence Minister Rajnath Singh launched 75 newly-developed AI products and technologies

Singh said, "Multiple DRDO Industry-Academia Centres-of Excellence have been installed across the country, having a primary focus on Artificial Intelligence. Similarly, many such efforts are being done by the Defence sector to promote AI apps."

He further added, "We have to use artificial intelligence for the progress and peace of humanity. It should not happen that any country or group of countries should dominate this technology like nuclear energy and other countries should be left behind. He further said that we cannot stop the progress of AI and we should not even try to do so, but it is important to be cautious about it."

Emphasizing using AI carefully, he quoted, "When a new technology comes, it brings a big challenge. This is a transition period and it is also very big and serious. The Defense Minister said that since Artificial Intelligence will bring about massive changes, we have to be prepared to deal with the legal, moral, political, and economic upheaval that it may bring. It has to be handled with care so that it doesn't get out of our control in the days to come.