Defense Minister Rajnath Singh may also attend the closing ceremony. On Thursday, Chief of the Army Staff Manoj Mukund Naravane will witness this. 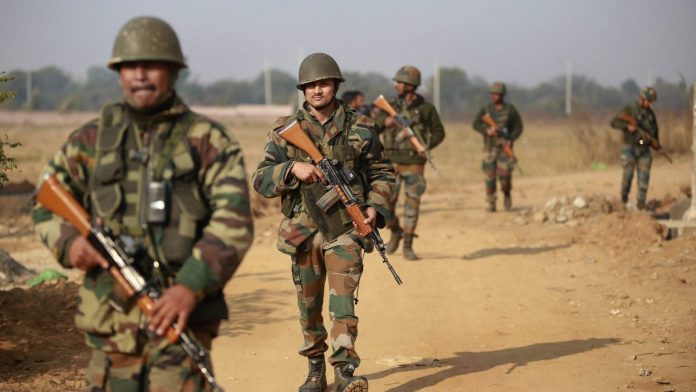 These days the Indian Army is conducting the biggest exercise on the Indo-Pakistan border called Dakshin Shakti. Along with the Army, the Air Force is also involved in this exercise going on in a radius of about 500 km. Attacks on enemies are being practiced on both the fronts. A similar exercise is going on in Kutch, Gujarat, in which war exercise of Army, Navy and Air Force is going on simultaneously, which has been named as Dakshin Shakti. A total of 30 thousand jawans are taking part in this. Keeping the future in mind, this training is being done.

The exercise will conclude on Friday. Defense Minister Rajnath Singh may also attend the closing ceremony. On Thursday, Chief of the Army Staff Manoj Mukund Naravane will witness this. In this exercise going on near the border of Pakistan, not only the strength of the Indian Army is visible, but their fighting skills have created a stir in the Pakistan Army.

The three armies are conducting maneuvers from the desert of Thar to the Rann of Kutch. The army has given full force in this war exercise going on in a radius of about 500 km. Under Maneuver Dakshin Shakti, the army tested its capability in the desert.