He will also interact with troops and the commanders on the ground. 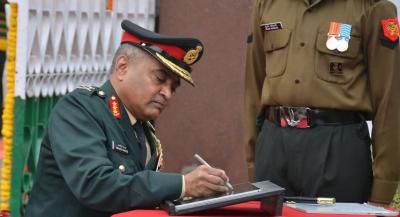 According to the Indian Army, the Army Chief General Manoj Pande is on a two-day visit to Kashmir where he will be given an update on the prevailing security situation and operational preparedness. He will also interact with troops and the commanders on the ground.

Army Chief, while interacting with Formation Commanders, laid special emphasis on being vigilant and maintaining the sanctity of the Line of Control. During his interaction with troops, COAS complimented them for their high morale & professional competence.