Argentina will face Brazil in the Copa America final after winning on penalties. 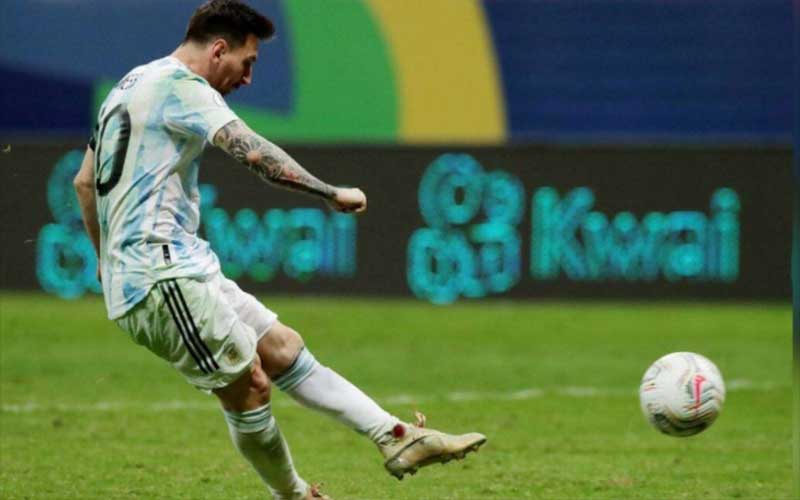 Argentina hasn't won a major title since Copa America in 1993. Following a goalless draw in the semifinal, the team defeated Colombia 6-5 on penalties.

Brazil advanced to the final after defeating Peru 1-0 on Monday.

Argentina scored after only seven minutes of play. With a through a pass, Rodrigo De Paul found Messi in the penalty box. With a pass to Lautaro Martinez, the star got his fifth assist of the tournament, putting the ball past Colombia goalkeeper David Ospina in the right corner.

In the second half, a more proactive Colombia, spearheaded by Juan Cuadrado, hit the crossbar and the post before Luis Diaz equalized in the 61st minute, receiving the ball on the left of Argentina's box and shooting practically without an angle to beat Martinez.

In the shootout, Martinez saved the shots of Davinson Sanchez, Yerry Mina, and Edwin Cardona. Messi scored from the penalty spot and was one of the most ecstatic players in the celebrations. Argentina is vying for their first major title against Brazil, which is the favorites.

Martinez, who was in tears after the game, stated he wants to play the Brazilians in the Maracana Stadium final.