The Apple Airtag is a tiny gadget that users can carry with them easily and conveniently. The Apple Find My app will then be used to keep track of these items at all times 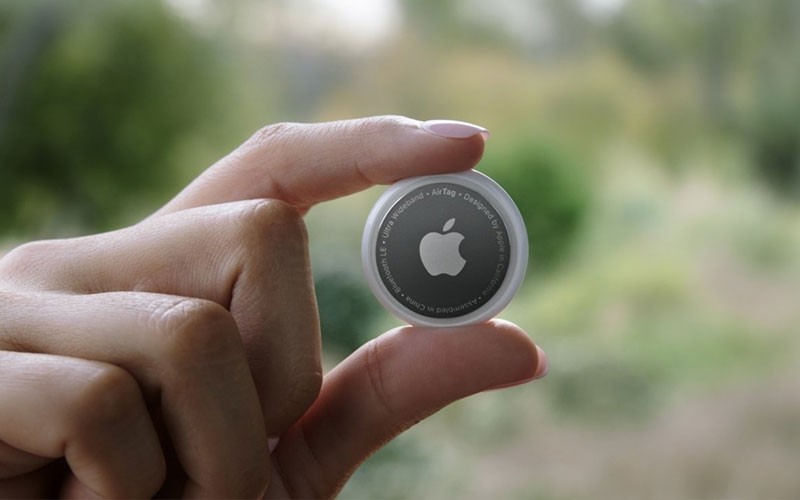 The Apple Airtag is a tiny gadget that users can carry with them easily and conveniently. The Apple Find My app will then be used to keep track of these items at all times.

The Apple AirTag connects to Apple's Find My network, AirTag users can quickly locate their belongings using the Find My application on their iPhone, iPad, or other device. The AirTag tracker, according to the manufacturer, would last a year on a single charge.

The circularly designed AirTag has a built-in speaker, accelerometer, Bluetooth LE, and a user-replaceable battery. The device will be able to connect to a variety of items and will have a keychain with a small leather pocket in which the AirTag can be stored.

KaiannDrance, Apple’s vice president of Worldwide iPhone Product Marketing said, “We’re excited to bring this incredible new capability to iPhone users with the introduction of AirTag, leveraging the vast Find My network, to help them keep track of and find the important items in their lives,” she further said, “With its design, unparalleled finding experience, and built-in privacy and security features, AirTag will provide customers with another way to leverage the power of the Apple ecosystem and enhance the versatility of iPhone.”

Any location data or history on the device will not be stored by the Apple AirTag, in addition communications between an AirTag and the Find My network are encrypted end-to-end.

AirTags will cost Rs. 3,190 for a single unit and Rs. 10,900 for a four-pack in India. The pre-booking period for the devices starts on April 23 and the selling period begins on April 30.

The Apple support page directed for users to, “Tap and hold the top of your iPhone or NFC-capable smartphone to the white side of the AirTag. Tap the notification that appears. This opens a website that provides information about the AirTag, including its serial number,” it further read as, “If the owner marked it as lost, you might see a message with information about how to contact the owner. You can view a Lost Mode message on any NFC-capable smartphone, such as an iPhone or Android phone.”