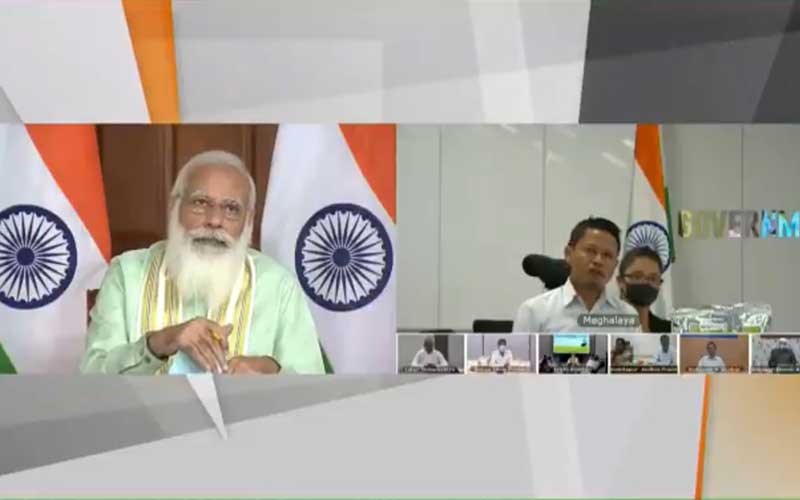 CM Sangma said on Twitter that PM Modi was pleased with the organization's entrepreneurial spirit.

"The Company employs 500 farmers and serves 16 villages in the Ri Bhoi District. It focuses on organic ginger farming and other organic intercrops, and its products are sold on e-commerce platforms such as India Mart" he added.

The Company has 500 farmers under it, covering 16 villages in Ri Bhoi District. It focuses on farming of organic ginger & other organic intercrops & its products are sold in e-commerce platforms like India Mart. Hon'ble PM was impressed with the enterprising spirit of Bah Ristar.

On Friday, the prime minister distributed the eighth instalment of over 20,000 crores to over 9.5 crore farmer beneficiaries of the Pradhan Mantri Kisan Samman Nidhi (PM-KISAN) scheme.

The government provides 6,000 in three equal instalments to 14 crore farmers per year through the PM-KISAN scheme. The funds are transferred directly into the beneficiaries' bank accounts through direct benefit transfer (DBT).