Salman Khan, a Bollywood superstar treated fans with an exciting poster of his new upcoming film Antim on Tuesday. 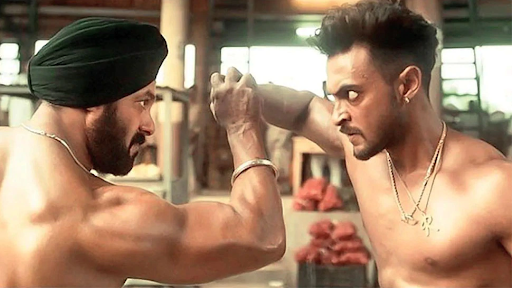 On Tuesday, Salman Khan treated fans with a fascinating poster of his new film Antim. He shared his and Aayush Sharma’s look from the movie, the he said, "बुराई के अंत की शुरुआत. गणपति बप्पा मोरया"The poster of the movie shows the opposition of the gangster Aayush Sharma and the cop Salman Khan. He is seen in a turban on one side while Aayush Sharma is in a different look on the other side.
The poster depicts the clash between the leading men highlighting the plot revolving around a cop and a gangster with differing ideologies. Antim brings the two strong and powerful men from two divergent worlds in a face-off which led to a nail-biting finale.
The first look of the film shocked the audience with the remarkable transformation of Aayush from a lean, lovable Gujarati guy in LoveYatri. Aayush Sharma got an appreciation for his strong role and he shared screen for the first time with Salman Khan.