According to the Antigua News Room, Mehul Choksi's attorneys filed a complaint with the police commissioner detailing the identities of those involved in the purported kidnapping. 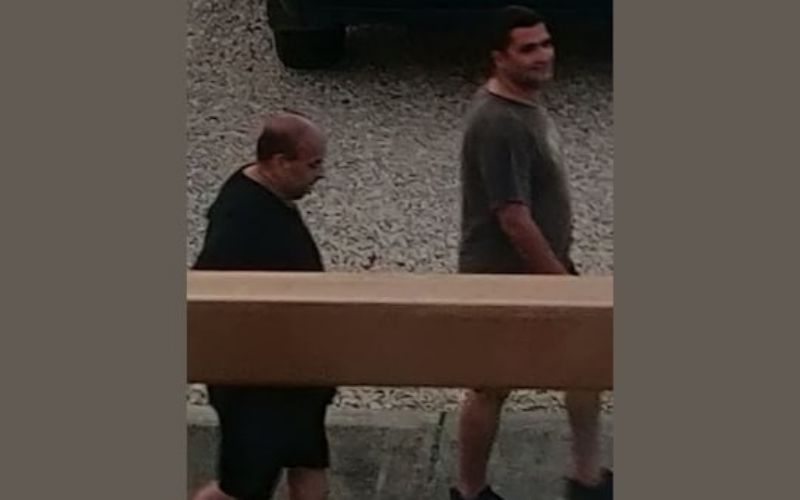 Mehul Choksi with the man who attempted to help him with his escape.

According to Prime Minister Gaston Browne, the Royal Police Force of Antigua and Barbuda has begun investigations into the purported abduction of fugitive diamantaire Mehul Choksi to neighbouring Dominica, based on a complaint lodged by his attorneys.

PM Browne stated Choksi's attorneys handed the identities of persons involved in the purported kidnapping to the police commissioner in a complaint, as per the Antigua News Room.

The Prime Minister of Antigua and Barbuda further stated that if the allegations are accurate, it is a serious concern.

According to the statement, Prime Minister Browne stated that authorities are treating the allegations seriously. "Choksi has filed a report with the Royal Police Force of Antigua and Barbuda claiming he was kidnapped. He filed an official allegation through his counsel that he was kidnapped from Antigua and transferred to Dominica, thus it's a report that authorities are looking into" he stated.

Furthermore, another reporting in the Associates Times cast doubt on Dominica opposition leader Lennox Linton's assertion that Choksi was carried to Dominica aboard the Yacht Calliope of Arne at approximately 10 p.m. on 23rd May.

Choksi's family stated he stayed in Antigua until 5 p.m. on 23rd May, making it difficult to cross a 120-mile journey in four to five hours, which takes about 12-13 hours, as per the outlet.

According to the investigation, the boat departed Antigua at 10 a.m. on May 23, although Choksi's domestic staff stated that he was in his home until 5 p.m., indicating that Choksi did not depart by boat as Linton claims.

It cited anonymous Dominica China Friendship Hospital specialists as saying that a nail injury described by Choksi's attorneys is an old one, while other bruises might be recent and caused by merely a "slight push."

On 23rd May, Choksi abruptly vanished from Antigua and Barbuda, where he had resided as a citizen since 2018. After a suspected love excursion with his rumoured girlfriend, he was held in the neighbouring island country of Dominica for unlawful entry.

As per his attorneys, Choksi was abducted from Jolly Harbour in Antigua by police officers who seemed to be Antiguan and Indian and transported to Dominica aboard a boat. On the instructions of the Dominica high court, he was hauled before a Roseau magistrate to address accusations of unlawful entrance, to which he pleaded not guilty but was denied bail. He was sent to the Dominica China Friendship Hospital for treatment. The Dominica High Court has postponed the hearing on his attorneys' habeas corpus case.

Choksi and his nephew Nirav Modi left India in the first week of January 2018, only weeks before the Punjab National Bank (PNB) fraud rocked the Indian banking market. The pair reportedly bribed executives at the state-run bank in order to get Letters of Undertaking (LoU), which they used to get loans from offshore banks that went unpaid.

These LoUs were not entered into PNB's main banking software by the allegedly corrupt officials, allowing them to avoid inspection. Non-payment of these letters of credit or bank guarantees, totalling Rs 13,500 crores, resulted in default and turned the bank into a debt. Modi fled to Europe and was later apprehended in London, where he is fighting extradition to India, while Choksi obtained citizenship in Antigua and Barbuda in 2017, where he had lived since fleeing Delhi.