The purpose of Anti-Terrorism Day is to spread the message of tolerance, humanity, unity, and harmony among the people, as well as to raise awareness of the anti-social acts of terrorism. On this day, all employees of the Central Government and other public institutions pledge to make every effort to defeat terrorism and eliminate it from society. 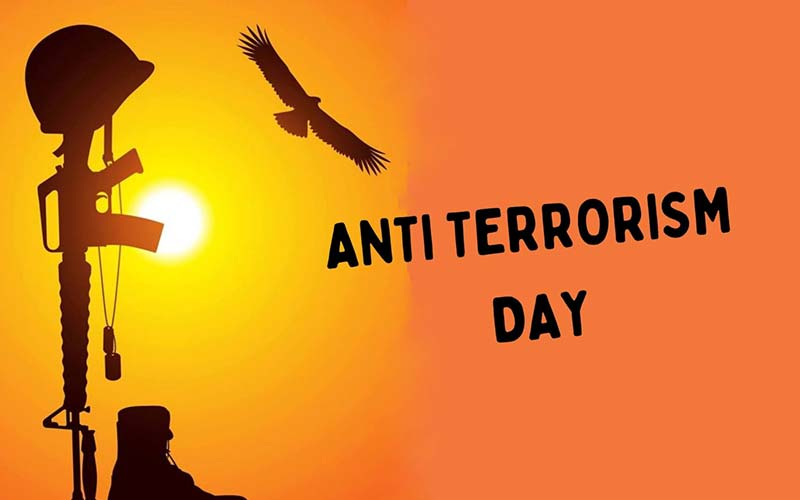 On 21st May 1991, Former Prime Minister Rajiv Gandhi was assassinated by members of the Liberation Tigers of Tamil Eelam (LTTE) in a suicide suicide bomb attack at a rally in Sriperumbudur, Tamil Nadu. Ever since that day in India, it is declared as Anti-Terrorism Day. The purpose of Anti-Terrorism Day is to spread the message of tolerance, humanity, unity, and harmony among the people, as well as to raise awareness of the anti-social acts of terrorism. On this day, all employees of the Central Government and other public institutions pledge to make every effort to defeat terrorism and eliminate it from society. While the day is being commemorated across the nation to spread the message of peace and humanity, here's a look back at the 7 deadliest terrorist attacks on Indian soil that shocked the country.

On 14th February, a convoy of vehicles carrying CRPF personnel was targeted by a vehicle-borne suicide bomber in Jammu and Kashmir's Pulwama district, in one of the deadliest terrorist attacks on security forces. The assault claimed the lives of 40 members of the CRPF.

The convoy, consisting of 78 vehicles, was carrying 2,547 jawans who were on their way back from leave or to deployment zones, when the attack occurred. With an explosive-laden vehicle, the bomber crashed into the CRPF convoy. It was later discovered that the Jaish-e-Mohammed (JeM) suicide attacker used approximately 80kg of explosives in the attack.

Tensions between India and Pakistan intensified after the Pulwama incident. As a result, India summoned Pakistan's top envoy and issued a strong statement of protest.

On 26th February, 2019, about 12 days after the terror attack in Pulwama, Indian Air Force jets attacked JeM terror camps in Balakot. This was the first time India's Armed Forces had crossed a foreign border to launch a pre-emptive strike since the 1971 war.

On 18th September, four heavily armed terrorists from Pakistan-occupied Kashmir (PoK) crossed the Line of Control (LoC) and attacked an Indian Army camp in Uri, Kashmir, leading to high casualties. The assault resulted in the deaths of 18 soldiers and the injuries of over 20 others. The terrorists and the Army engaged in a six-hour gun-battle following the attack. All four terrorists were killed in the attack.

The Uri terror attack, which occurred less than a year after a terrorist attack on an Air Force station in Pathankot, strained ties between India and Pakistan. India launched a major diplomatic campaign to isolate Pakistan on the international stage after Pakistan issued the usual denial of helping terrorists.

Ten days later, India retaliated with surgical strikes across the LoC, killing a large number of terrorists and the Pakistan Army positions defending them.

A series of terrorist attacks, also known as 26/11, occurred in November 2008, when ten members of Lashkar-e-Taiba (LeT) carried out 12 coordinated shooting and bombing attacks across Mumbai over the course of four days, from 26th to 29th November 2008. At least 174 people were killed, including 9 attackers, and over 300 were injured.

During that course of time eight attacks took place in Chhatrapati Shivaji Terminus, Mumbai Chabad House, Oberoi Trident, Taj Palace & Tower, Leopold Cafe, Cama Hospital, Nariman House, Metro Cinema, and a lane behind the Times of India building and St. Xavier's College. There was also an explosion in a taxi in Vile Parle and another in Mazgaon, Mumbai's port district. Except for the Taj Hotel, all sites had been secured by the Mumbai Police and security forces by the early morning of 28th November. Operation Black Tornado was carried out by India's National Security Guards (NSG) on 29th November to flush out the remaining attackers; it resulted in the death of the last remaining attackers at the Taj Hotel, effectively ending the attacks.

The Jaipur bombings were a sequence of nine clustered bomb blasts that exploded over a 15-minute period on 13 May 2008 in Jaipur, the capital of the Indian state of Rajasthan and a popular tourist destination. Official reports indicate that 63 people were killed, with an additional 216 people injured. The bombings shocked much of India and prompted global condemnation from world leaders, with many countries pledging their support for India in its war against terrorism.

On July 11th, there were seven bomb explosions that took place on the Suburban Railway in Mumbai, the capital of the Indian state of Maharashtra and the country's financial capital, over the course of 11 minutes. The explosives were detonated in pressure cookers on trains travelling on the Western Line Suburban Section of the Western Railways Mumbai Division. The explosions claimed the lives of 209 people and wounded over 700 others.

Five terrorists from Pakistan's LeT and JeM assaulted the Indian Parliament building on 13th December, resulting in a 45-minute gun battle in which nine police officers and parliament staffers were killed.

Terrorists dressed in commando uniforms stormed the Parliament in cars bearing ministry stickers via the building's VIP entrance. As a result of the attack, India and Pakistan are locked in a military standoff. Both nuclear-armed countries have deployed large numbers of troops along the LoC in Jammu and Kashmir.

On 12th March, Bombay, now known as Mumbai, was struck by 13 blasts in various parts of the city. The assault on India's financial capital brought the entire world to a halt.

One of the biggest organised terror attacks on Indian soil resulted in the deaths of 260 people and the injuries of over 700 others. The first explosion occurred about 1:30 p.m. in the Bombay Stock Exchange building, and over the next two hours, a series of car and scooter bombs went off at regular intervals in the area.