Officials said a special team of the National Investigation Agency inspected the site of twin blasts in Jammu on Sunday. 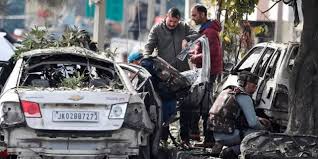 Nine people were injured in the back-to-back blasts on Saturday in Narwal, on the outskirts of Jammu city. Police suspect that explosive devices were used to carry out the twin blasts at an SUV parked at a repair shop in Transport Nagar area and a vehicle at a nearby scrap yard. The blasts took place at a time when security agencies in the region are on high alert ahead of Congress's Bharat Jodo Yatra and the upcoming Republic Day celebrations.