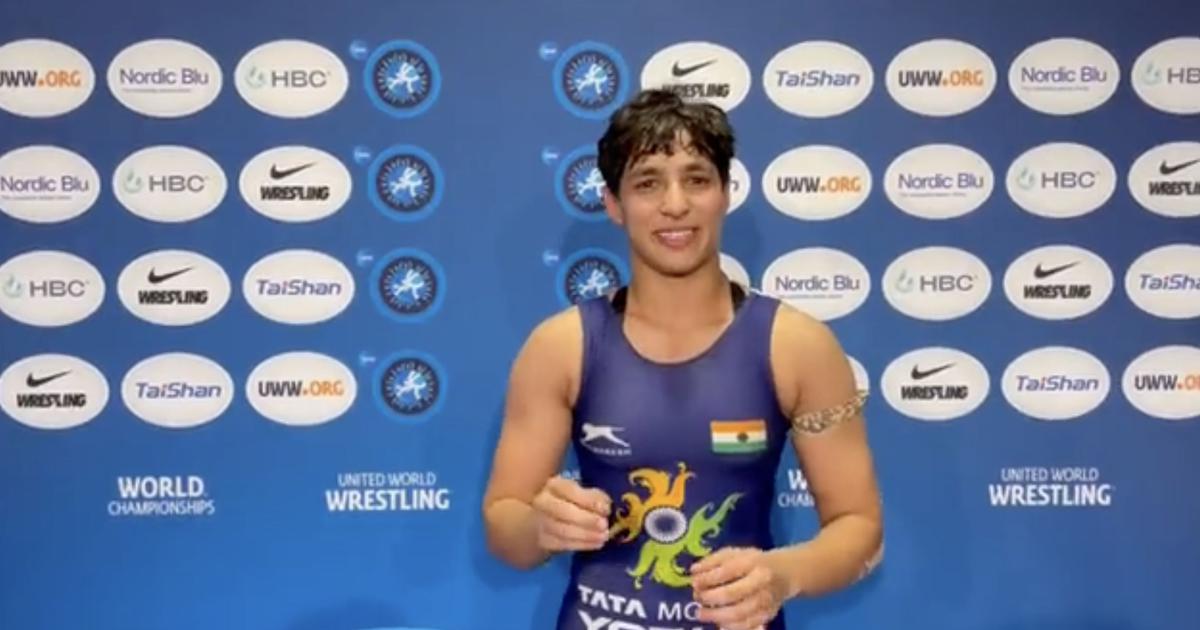 Anshu Malik created history by becoming the first Indian woman wrestler to reach the World Championship final when she outshined junior European champion Slolmiia Vynnyk. The 19-year-old Anshu, the reigning Asian champion, controlled the semifinal from the beginning and won by technical superiority in the 57 kg category to go into history books. Only four Indian women wrestlers have won medals at the Worlds and all of them, Geeta Phogat, Babita Phogat, Pooja Dhanda, and Vinesh Phogat have clinched bronze.

She became only the third Indian to make the Worlds gold medal match after Sushil Kumar and Bajrang Punia. India has only one world Champion in Sushil to date and Anshu can create another history on Thursday. Anshu’s win makes sure India’s first medal from this edition of the event. Anshu was clever with her moves. At least thrice, she affected take-down moves from the left of Vynnkyk and completed the bout with an exposure move.