Announcement of the biopic of former Prime Minister Atal Bihari Vajpayee, Pankaj Tripathi will play the main character in the movie

The makers have officially announced it on Friday. The film is written by Utkarsh Naithani, while it is directed by Ravi Jadhav, who has won the National Film Award three times. This film will show the personal and political journey of Atal Bihari Vajpayee. 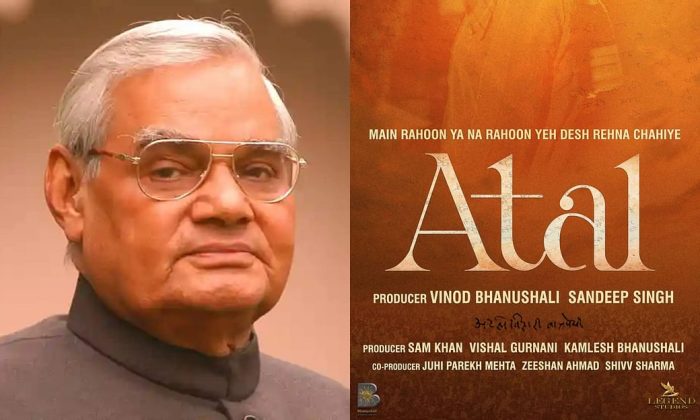 At present, there is a phase of such films in Hindi cinema, whose stories and characters are inspired or influenced by politics and politicians. One such new film was announced on Friday. The title of the film is- 'Mai rahu ya na rahu ye desh rehna chahiye - Atal'. As the title suggests, it is a biopic on former Prime Minister Atal Bihari Vajpayee and his character will be played by veteran actor Pankaj Tripathi.

The makers have officially announced it on Friday. The film is written by Utkarsh Naithani, while it is directed by Ravi Jadhav, who has won the National Film Award three times. This film will show the personal and political journey of Atal Bihari Vajpayee.

Atal ji is one of those heroes of Indian politics, who influenced the politics of the country to a large extent. His wit and style of speaking were convincing not only to his friends, but also to his political rivals. He also got a lot of fame as a poet. From the founding of the Jana Sangh to becoming the stalwart leader of the Bharatiya Janata Party and becoming the Prime Minister, Atal ji's journey has been inspiring.

Pankaj Tripathi considers himself fortunate to have got the opportunity to play such a big personality of Indian politics. Pankaj said – It is an honor to play the character of such a politician on screen. He was not just a politician, but much more than that. Great writer and famous poet. It is my pleasure to present him on screen.

Ravi Jadhav is a well-known director of Marathi cinema. He has directed films like Natrang and Balagandharva. Jadhav said about the film- "A personality like Atal ji and an actor like Pankaj, directing this film is no less than a golden opportunity." Could not have imagined a better story than Atal ji as a director. More than that, getting an actor like Pankaj will be good for the makers as well.