Ankita Lokhande shared her thoughts on getting trolled post Sushant Singh Rajput’s death and her stand against Rhea Chakraborty. 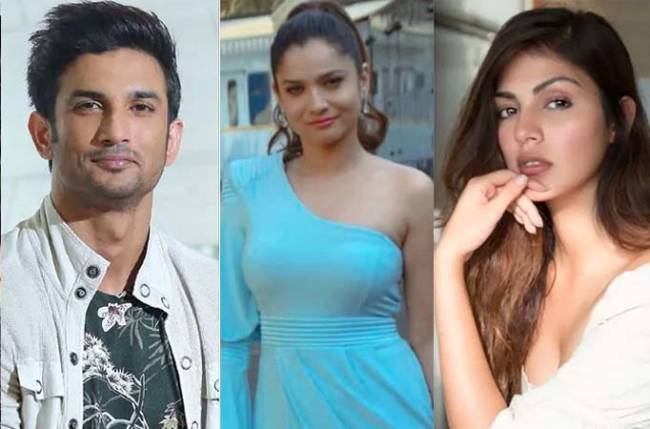 After Sushant Singh Rajput's demise, his ex-girlfriend and actor Ankita Lokhande has been one of the voices asking justice for him. The duo starred together in Pavitra Rishta and dated for at least 5 years. SSR's death shattered Ankita, and she was by his family's side all the time.

A lot of people also trolled Ankita post-Sushant's death. A few months after his demise, Ankita started sharing normal posts on her Instagram page with her beau Vicky Jain. This offended several people who trolled her mercilessly. Now, the Manikarnika actor has opened up on the same.

About getting trolled, Ankita Lokhande told ETimes, "Logo ko lagta hai tab mujhe woh devi banaa dete hai, logo ko lagta hai tab mujhe utaar dete hai (When people feel like it, they make me into a Goddess, when they don't, they take me off that pedestal). I don't think I existed in Sushant's life since the past four years. Kisi aur ka gussa mujhpe nikaalne ka koi matlab nahi hai (No point directing anger at me). I think everyone has been targeted throughout this process. And it is okay. I know what I stood for, I know what I feel. I know what I've gone through, so it is okay."

Ankita was asked if she soured her relations with people in the industry by standing with SSR's family against Rhea Chakraborty. The actor said, " don't know this girl, so what will I say? I didn't even know about Sushant and Rhea's relationship. I've never spoken about her anyway. God bless her wherever she is. Maine kisi se koi relation nahi bigaada hai kyunki mere kisi se relation the hi nahi. Mera jisse tha, maine uske liye stand liya (I have not spoiled my relationship with anyone because there was no relation to begin with; the one whom I had a relationship with, I defended). I have no regrets."

On the work front, Ankita Lokhande is making a comeback with Pavitra Rishta 2, which stars Shaheer Sheikh as Manav. The series will release on September 15 on Zee5 and ALTBalaji.