An explosion at a business building in Dhaka, Bangladesh, resulted in the deaths of seven people and the injuries of dozens more.

Authorities were unable to pinpoint the cause of the explosion, which caused damage to vehicles and structures in the area. 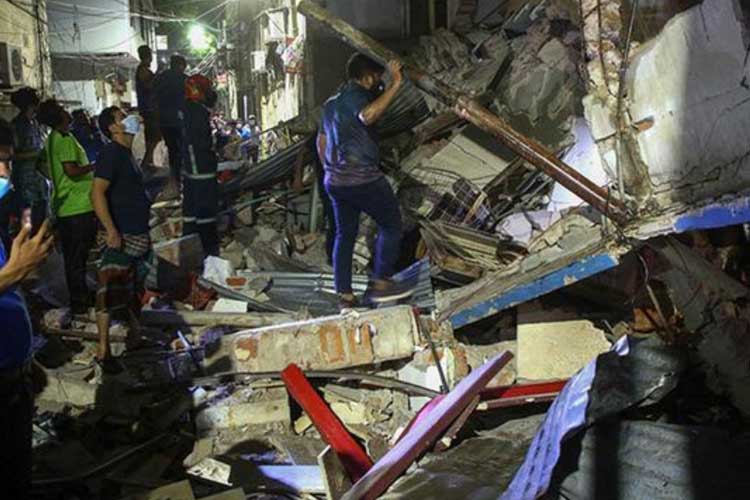 The nature of the explosion, which damaged vehicles and neighboring structures, was unknown to authorities, according to the police and fire departments.

According to Faisalur Rahman, a fire control room employee, the explosion occurred in the evening at a building in Dhaka's Moghbazar neighbourhood. According to Rahman, the power of the explosion destroyed at least seven structures.

At least seven individuals perished, according to Dhaka Metropolitan Police Commissioner Shafiqul Islam. According to him, the injured were transferred to hospitals.

“This is unquestionably a massive explosion. The fire department and the Dhaka Metropolitan Police's Counter-Terrorism Squad's bomb disposal unit have arrived on the spot. Their experts are collaborating. They're looking into the cause of the incident and the damage it caused,” said Sajjad Hossain, Dhaka's deputy police commissioner.

Glass fragments and shattered concrete is strewn throughout the streets, according to witnesses. Witnesses reported two passenger buses were severely damaged outside the building where the explosion occurred.

“A fireball whizzed by my head. With the music, everything became dark and hazy. Glass shards began to fall from the sky. I would have been under the glass pieces if I hadn't used this (a folder bag) as a cover. Omar Sani, who was present at the time of the explosion, claimed, "Allah spared me from them."

“Then the buses collided, and one of them was crushed. Only one person was able to escape the wreckage. He was in terrible shape. We brought the second injured person here as well. At one location, we discovered four persons, one of whom was a child. The hit killed the child. “I took the kid to the hospital,” he explained.

The Ekattor TV station in Dhaka said that ten of the injured, out of roughly 50, were in critical condition.