An employee who worked for 16 years in Google was fired at 3 am, wrote an emotional post on LinkedIn

Google has announced the layoff of 12,000 employees. One of these employees, Justin Moore, has also lost his job. Moore was an engineering manager and worked at Google for about 16 years. 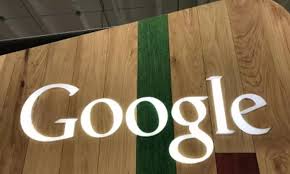 Many giant tech companies like Google and Amazon are currently laying off. Thousands of employees are being fired suddenly in this retrenchment. This decision of the company has increased the problems of many employees. On the one hand, many employees have become frustrated and disappointed due to the retrenchment, while on the other hand, a Google employee seems to be encouraging people a lot in this difficult time.

Google has announced the layoff of 12,000 employees. One of these employees, Justin Moore, has also lost his job. Moore was an engineering manager and worked at Google for about 16 years.

Posting on LinkedIn, Justin Moore wrote, 'After working at Google for over 16.5 years, I found out at 3am this morning that I was one of the lucky 12,000 who lost their job. I did not receive any message regarding my company account being automatically deactivated.Moore began his career at Google in 2006 as a Senior Software Engineer. In 2019, according to his LinkedIn profile, he was promoted to the position of Software Engineering Manager. Meanwhile, Alphabet and Google CEO Sundar Pichai said they were 'deeply sorry' for reducing the workforce by around 12,000, and take 'full responsibility' for the decisions.