Aligarh Muslim University (AMU), established in 1920 by Sir Syed Ahmad Khan who was one of the architects of modern India, is celebrating its centenary year from December 22, 2020. 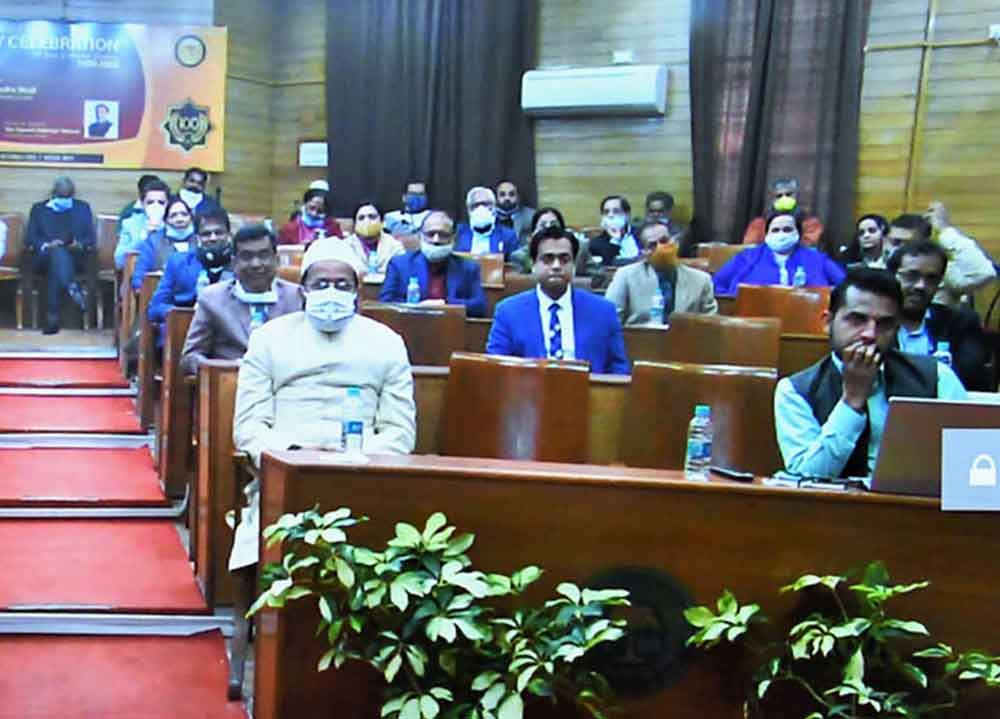 Aligarh Muslim University (AMU), established in 1920 by Sir Syed Ahmad Khan who was one of the architects of modern India, is celebrating its centenary year from December 22, 2020.

Prime Minister Narendra Modi, who graced the occasion via video conferencing as the chief guest of the event, praised the efforts made by the University in spreading education among the masses.

PM Modi said that the students passed out from this university are working at the best places in India and have achieved success in various parts of the world too.

He also stated that AMU’s students, wherever they are in the world, represent India’s culture. He praised the efforts and initiatives taken by the students and faculties of the Aligarh Muslim University and said that the way the University has helped people during Covid-19 is unprecedented.

He acknowledged the fact that the University has taken several initiatives such as providing free tests to people, creating isolation wards for Covid-19 patients, creating plasma banks for people who need plasma therapy for treatment, and contributing a large amount to the PM Care Fund.

All these efforts, according to PM Modi, shows the seriousness of fulfilling their obligations towards society.

PM Modi said that many people tell him that the AMU campus is a city in itself.

“With many departments, dozens of hostels, thousands of teacher-students, it looks like a mini-India. Along with Urdu, Hindi is also taught. If Arabic is taught, Sanskrit is also taught,” PM Modi said.

He took the opportunity to convey that every Indian should aim at making India AatmaNirbhar.