Amrit Mahotsav of Independence : Tricolor campaign is going on everywhere in the country

Tiranga Yatra and Har Ghar Tiranga Abhiyan continue during the Amrit Mahotsav of Independence. From the capital of the country to the remote villages and borders, the tricolor is being hoisted with pride. 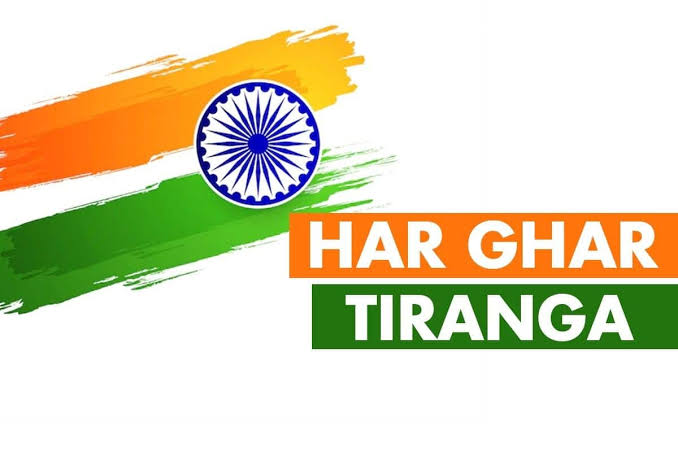 Tiranga Yatra and Har Ghar Tiranga Abhiyan continue during the Amrit Mahotsav of Independence. From the capital of the country to the remote villages and borders, the tricolor is being hoisted with pride. All religious leaders participated in the 'Tiranga Yatra' taken out by the Noida Police on the occasion of 'Azadi Ka Amrit Mahotsav'. Moradabad RPF and GRP personnel participated in the 'Har Ghar Tiranga' campaign. This march was taken out by RPF and GRP for the unity, prosperity and prosperity of the country on the occasion of 75th anniversary of independence. Indo-Tibetan Border Police (ITBP) personnel hoist the tricolor at an altitude of 18,400 feet in Ladakh. ITBP jawans and pilgrims along with locals participated in the tricolor yatra organized at Badrinath as part of the 'Har Ghar Tiranga' campaign. SBI Chairman Dinesh Khara flagged off a 'Cycle Rally' to spread awareness about the 'Har Ghar Tiranga' campaign in Mumbai. Around 200 people are participating in this cycle rally. We are celebrating 75th year of independence. We are hoping that our message reaches everyone through this.

At SBI, we keep our nation above everything! This Independence Day, together let’s commemorate our national pride and hoist our Tiranga at every Indian household with this patriotic AR filter. https://t.co/eMErEbSCLh#HarGharTiranga #SBI #AmritMahotsav #IndiaAt75 pic.twitter.com/7VcpEByS5d

Actor Mohanlal hoisted the tricolor at his residence in Kochi. He said, “We are celebrating 75th year of independence. As part of the Amrit Mahotsav of Independence, I wish that the coming year continues to grow with courage and patriotism.”

Kerala | Actor Mohanlal hoists the Tricolour at his residence in Kochi, under #HarGharTiranga

He says, "I joined citizens to hoist national flag, honouring PM's call of Har Ghar Tiranga. May this Mahotsav bring courage & inspire us to move forward with a lot of patriotism." pic.twitter.com/8xtwK4t5TL

Union Home Minister Amit Shah and his wife Sonal Shah unfurled the tricolor at their residence as part of the launch of the 'Har Ghar Tiranga Abhiyan' from today.