Amit Shah will visit the king of Lalbagh on Mumbai visit

Union Home Minister Amit Shah is on a two-day visit to Mumbai. He will hold meetings with BJP leaders there. Also, on Monday, the prestigious Ganesh Pandal will have darshan of the king of Lalbagh. 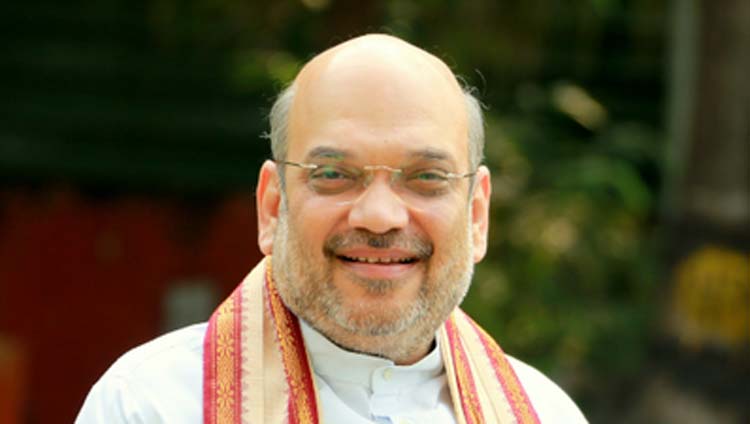 Union Home Minister Amit Shah is on a two-day visit to Mumbai. He will hold meetings with BJP leaders there. Also, on Monday, the prestigious Ganesh Pandal will have darshan of the king of Lalbagh. A Bharatiya Janata Party leader said he would also visit the residences of Maharashtra Chief Minister Eknath Shinde and Deputy Chief Minister Devendra Fadnavis. Shah had reached Mumbai on Sunday night. During the Ganesh festival in Mumbai, BJP's key strategist Shah's visit comes at a time when the Brihanmumbai Municipal Corporation (BMC) elections are to be held this month or in October.

Significantly, for the first time after the formation of the government of Eknath Shinde and Devendra Fadnavis in Maharashtra, Union Home Minister Amit Shah is visiting Mumbai. According to political pundits, this visit of Amit Shah will be very important according to the strategy of the upcoming BMC elections. The BJP has come into active mode regarding the Mumbai Municipal Elections. After the formation of a joint government of Eknath Shinde and BJP, these elections will be the first test of the new alliance. This is the reason why BJP has started preparations on a large scale for this. Amit Shah's visit to Mumbai is being linked to this.

Earlier, Deputy CM Devendra Fadnavis had told that some political meetings will also take place during this period. He had also spoken of the victory of Shinde and the BJP alliance in the upcoming municipal elections. According to the information, Amit Shah will meet Eknath Shinde and Devendra Fadnavis in Mumbai and there are plans to hold a meeting of local BJP leaders as well.

In fact, elections are likely to be held in many big municipal corporations including Mumbai Municipal Corporation in October in Maharashtra. In such a situation, the removal of Uddhav Thackeray's Shiv Sena in BMC will be the first attempt of the BJP Shinde alliance. This election is seen as crucial for the survival of Thackeray's Shiv Sena and for the BJP leadership and the Shinde faction to prove itself in the Shiv Sena bastion.