The Home Minister will also inaugurate the census office (through physical mode) and SSB buildings (through virtual mode) at Amingaon in Kamrup (Metro) district. 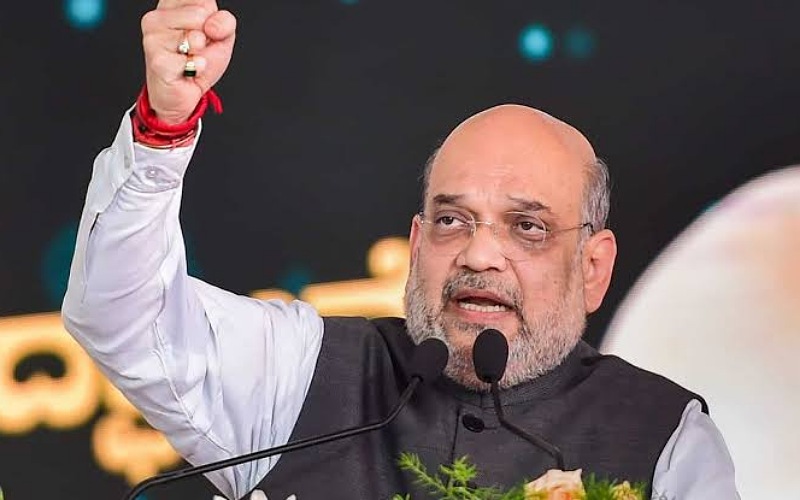 Union Minister Amit Shah will arrive in Guwahati on Sunday night for his three-day visit to Assam to inaugurate and launch several projects on the first anniversary of the Himanta Biswa Sarma-led government. The Biswa-led government is completing its one year in power in Assam on Tuesday, that is, May 10.

During the visit, he will lay the foundation stone of various projects including Public Auditorium, Integrated DC Office, Police Commissionerate Building, Guwahati Police Reserve Building on that day.

A senior official of the Assam Home Department said, “The Union Home Minister will visit Mankachar Border Outpost (BOP) on May 9 and interact with Border Security Force (BSF) officials and inaugurate BSF's Central Store and Workshop and will launch Khadi."

On May 10, the Union Home Minister will confer the President's color on Assam Police for its service in the last 25 years in Guwahati. Assam is the 10th state in the country to earn the President's color for its outstanding performance in combating extremism, controlling crime, maintaining law and order and protecting people and properties in the state.

India's first Regional Rapid Transit System (RRTS) has been completed. The first trainset has been handed over to the National Capital Region Transport Corporation (NCRTC) at its manufacturing facility in Savli, Gujarat. Please tell that this train is full of facilities for the convenience of the passengers. This train has charging point and comfortable seats like metro. Specially designed to keep the floor clean at all times. The train will have Wi-Fi and infotainment system.