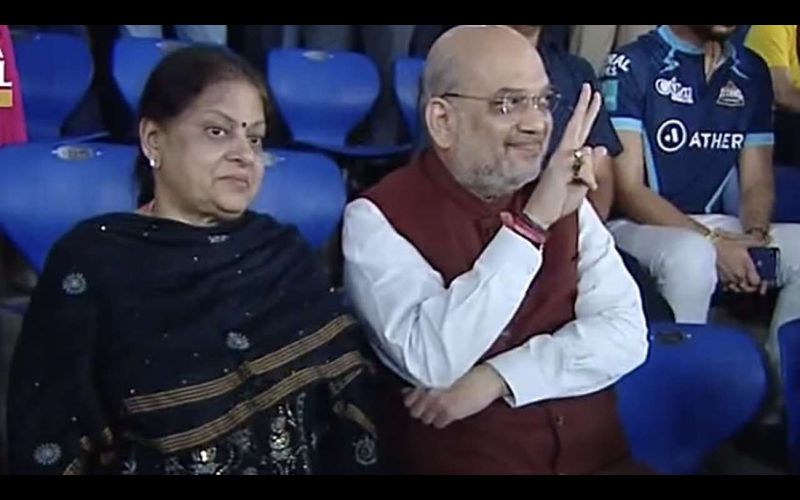 Union Home Minister Amit Shah arrived with his wife Sonal Shah to watch the IPL-15 final match between Gujarat Titans and Rajasthan Royals at the Narendra Modi Stadium in Ahmedabad. Shah's presence enthused the spectators present in the stadium. However, whenever Amit Shah's face appeared on the big screen, the entire stadium reverberated with the slogans of Modi-Modi.

The closing ceremony for the final of IPL-15 took place at the Narendra Modi Stadium. In this, AR Rahman and Ranveer Singh spread the talent. During this, many big personalities were present in the field. Actor Akshay Kumar, Sports Minister Anurag Thakur, BCCI President Sourav Ganguly, and Secretary Jay Shah were also present along with Rahman and Ranveer.

During the IPL-15 final between Gujarat and Rajasthan, 1 lakh 4 thousand 859 spectators have come to watch the match. This is the world record for the number of spectators who came to watch any cricket match in the world.