On Wednesday, the Parliament passed the Centre's National Capital Territory of Delhi (Amendment) Bill, 2021 that grants more powers to the Lieutenant Governor. On Monday, the legislation was enacted in the Lok Sabha. 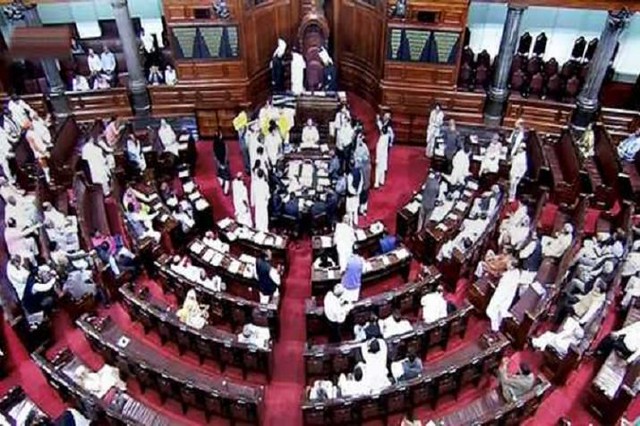 And soon after the passage of the Government of National Capital Territory of Delhi (GNCTD) amendment bill in the Rajya Sabha, Delhi Chief Minister Arvind Kejriwal expressed his disappointment on Twitter. He tweeted: "RS passes GNCTD amendment bill. Sad day for Indian democracy. Will continue our struggle to restore power back to people. Whatever be the obstacles, we will continue doing good work. Work will neither stop nor slow down."

We will continue our struggle to restore power back to people.

Whatever be the obstacles, we will continue doing good work. Work will neither stop nor slow down.

On Wednesday, the Parliament legislated the bill, giving primacy to Delhi's Lieutenant Governor (L-G) over the elected government after high tension in the House that saw uproar by the opposition and a walkout by MPs of parties like the Congress, BJD, SP and the YSR-Congress. On Monday, the legislation was enacted in the Lok Sabha.

As per the bill, the Lieutenant Governor, appointed by the government at the Centre, will be termed as ‘Government’ in Delhi. And from now on, the Delhi Chief Minister will require the L-G permission before any executive action. On the objections of the passed bill, there has been an uproar by the opposition and has labelled it ‘death of democracy.' Whereas on the other hand, the ruling BJP claims that the national capital is a special case and can't be corresponded to any other state. The original bill was set to extend the stipulations of the Constitution relating to the legislative assembly and a Council of Ministers for Delhi and matters connected therewith.

Indeed, the bill can be seen as a huge setback to CM Arvind Kejriwal's government, which has been sparring with the L-G since it came to power for the first time in the national capital in 2013. And therefore the question arises: How can the central government pass a bill and seemingly take it all away? And, Where does this leave the people of the State?

Well, the easiest way to form an informed opinion on such cases is by looking around at what happens around the world. In fact, it's not the first time this has happened in India or anywhere, many federal democracies have to face the same question. Since the capital city can't be inside any state, the central government can't be ruled by the state. It should be considered equally and follow the natural principles of local self-government.

The same dispute is arising everywhere: what happens to local self-government. However, the whole nation invests in building the capital, and not just to the people of one city.