Amarinder lost Patiala's power game: could not save the chair of the close mayor in his stronghold, CM Channi-Sidhu's big blow to Captain after leaving Congress

Former Punjab CM Captain Amarinder Singh lost Patiala's power game. He could not save the chair of Mayor Sanjeev Sharma Bittu in his own stronghold. 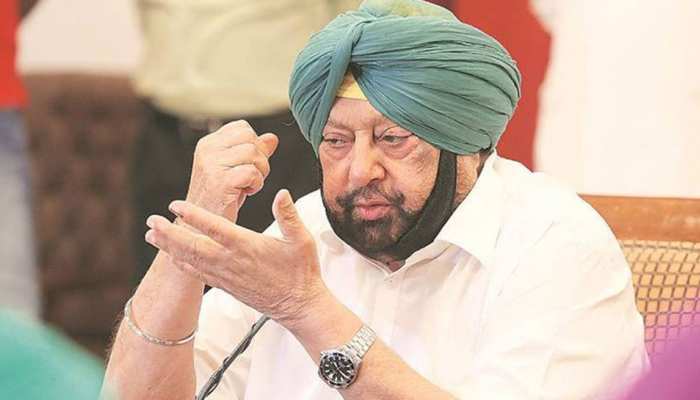 Former Punjab CM Captain Amarinder Singh lost Patiala's power game. He could not save the chair of Mayor Sanjeev Sharma Bittu in his own stronghold. The meeting of Patiala Municipal Corporation House was called on Thursday. In this the Captain Group could not prove majority.

The captain played all the political tricks for this. His MP wife Preneet Kaur and daughter Jaiinder Kaur had also tried hard to garner the support of the councillors. Captain Amarinder Singh himself had also reached Patiala to vote. However, the Captain Group has been claiming that it was a no-confidence motion, which was defeated by the Captain Group.

This is the first major setback for Chief Minister Charanjit Channi and Punjab Congress chief Navjot Sidhu after the Captain quit the Congress. Earlier, both had a big role in getting the Captain removed from the CM's chair. There are 60 councilors in Patiala Municipal Corporation. Apart from this, three MLAs Captain Amarinder Singh, Ministers Brahmamohindra and Harinderpal Chandumajra are members. In this way, in the 63-vote house, Mayor Sanjeev Sharma Bittu needed two-thirds i.e. 42 votes. Only 25 votes were cast in his favor. He could not even get a majority of 31 in terms of councilors alone.