Amarinder came openly with Modi: Captain said - I will contest elections in Punjab by sharing seat with BJP; PM understands the concern of farmers 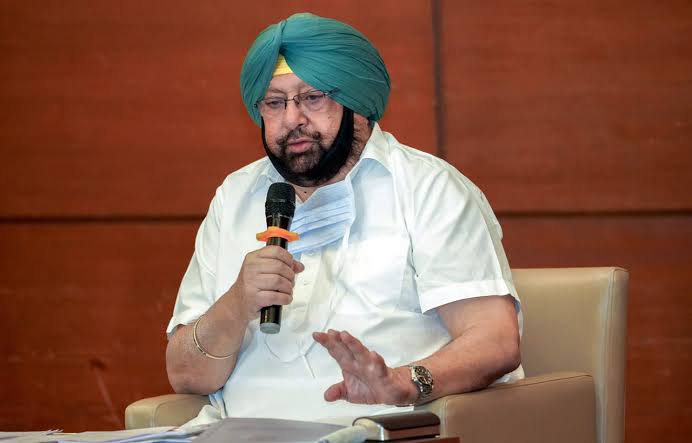 Former Punjab CM Captain Amarinder Singh has expressed happiness over Prime Minister Narendra Modi's announcement to repeal all three new agriculture laws. He said that he will contest the assembly elections by sharing seat with the BJP. The Captain had already said that as soon as the agricultural laws are repealed and the farmers' movement ends, he will strike an election chord with the BJP. Now it has also been decided that the Captain will fight the elections in the state after three and a half months with the BJP.

Captain Amarinder Singh expressed happiness that Prime Minister Narendra Modi understood the concerns of the farmers after listening to them and announced the repeal of the Agriculture Act. He said, 'I kept raising this issue continuously and kept meeting the central government.'

After PM Modi's announcement, Captain Amarinder Singh said, 'Today is a big day for us in Punjab. I was raising this matter for more than a year. Met PM Modi and Union Home Minister Amit Shah regarding this. He kept requesting them to listen to the voice of the Annadata. Very glad that they listened to the farmers and understood our concerns.

The Captain said that this is not only a big relief for the farmers, but the way has also been opened for the progress of Punjab. Now he will work for the development of farmers with the BJP-led central government. He promised the farmers of Punjab that they would not rest until they wiped the tears from the eyes of every man in Punjab.