Ever Given, the massive Japanese-owned container vessel that has created a logjam in the Suez Canal, the world’s busiest shipping route, for almost four days now, has reported all 25 crew members of the Indian nation are all safe till now. 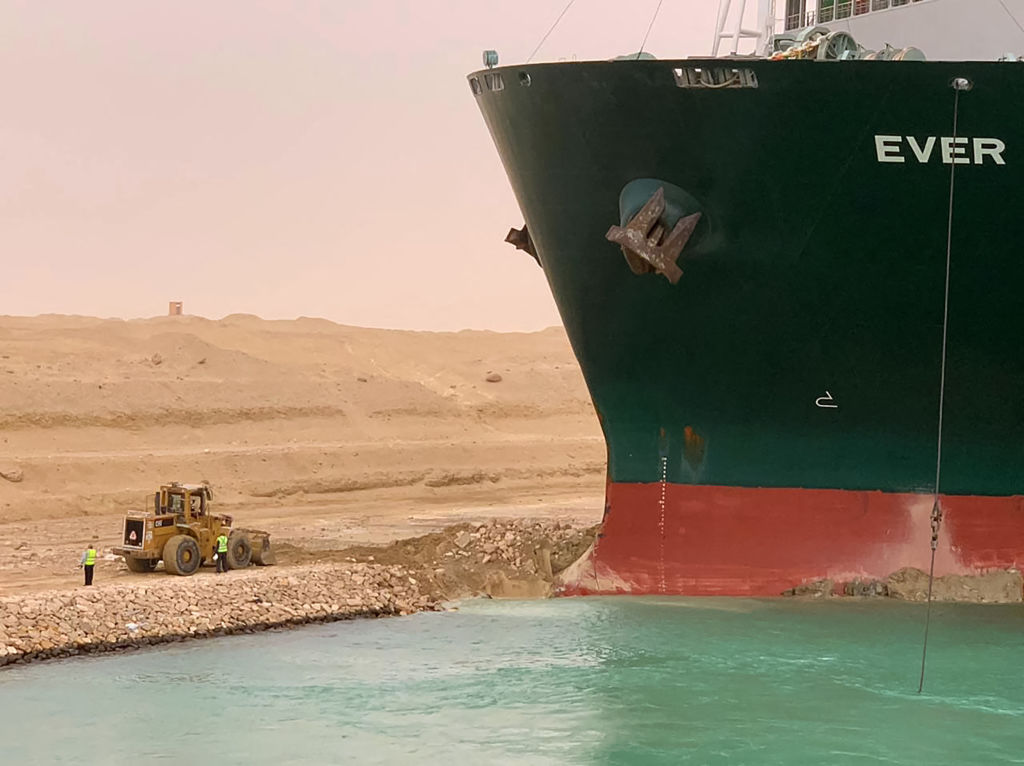 Ever Given, the massive Japanese-owned container vessel that has created a logjam in the Suez Canal, the world’s busiest shipping route, for almost four days now, has reported all 25 crew members of the Indian nation are all safe till now.

The technical management of the ship Bernhard Schulte Shipmanagement in a statement said that “all-Indian crew of 25 members are absolutely safe and are accounted for. Further, the onboard crew are working closely with all parties involved to re-float the vessel. Indeed, the hard work and tireless professionalism of the Master and crew are greatly appreciated.”

As efforts to release the Ever Given continue, Suez Canal, the world's busiest shipping route remains blocked for four days now. A dust storm beached the 1300 feet long container ship and has created a massive traffic jam on the Suez Canal, keeping as many as 150 ships behind it, waiting. Reports suggest that it could take weeks to dislodge the Ever Given. Moreover, up to $400 million an hour in trade is being delayed due to the logjam created by Ever Given, according to a CNBC report.

Reportedly, all the ships blocked behind the Suez Canal are now preparing to take a detour of over a thousand miles to get going again. Whereas, an excavator is working to dislodge the Ever GivenSuez Canal Authority.

BSS added that “the focus now is on dredging to remove sand and mud from around the port side of the vessel’s bow. Furthermore, the dredgers that have already been on the site, a specialised suction dredger is now with the ship and will shortly begin work. This dredger can shift 2,000 cubic metres of material every hour.”