Today Wrestler Bajrang Punia will fight for a Bronze medal in Men’s Freestyle 65 Kg bout at 3.55 pm and Javelin Thrower Neeraj Chopra has a chance to win a Gold medal. The Final of his event is scheduled to start at 4.30 pm and 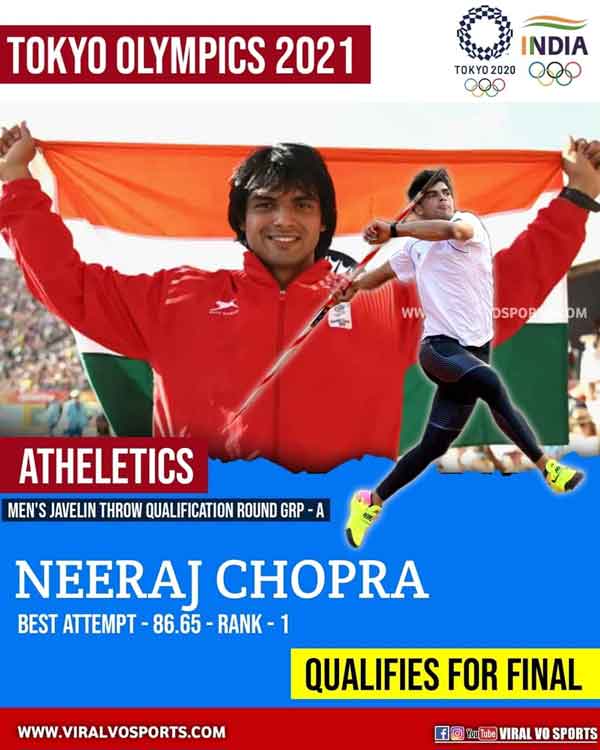 New Delhi: Saturday’s evening session will be very important for India as its medal tally can increase by two medals. India has a great chance of winning two medals in Athletics and Wrestling. Neeraj Chopra In Javelin Throw And Bajrang Punia In Wrestling will put all their effort to win a medal. Today is the last day of participation for Indian athletes in the Tokyo Olympic Games 2020.

On Saturday morning Golfer Aditi Ashok Narrowly missed the Bronze medal and now, in the afternoon focus will shift to Wrestling and Athletics. Wrestler Bajrang Punia will fight to win the Bronze medal in Men’s Freestyle 65 Kg bout at 3.55 pm and Neeraj Chopra will show his mettle in the final of Javelin Throw event at 4.30 pm. Neeraj finished qualification in 1st place, with a throw of 86.65 meters, a rare occurrence in the Olympics for India in Athletics. Neeraj is a strong contender for the Gold medal.

On Friday in the Semi Final of the men’s freestyle 65kg weight class event, Bajrang tried hard but three-time World Champion and Rio Olympic Bronze medalist, Haji Aliev of Azerbaijan proved too good for him. Haji won by a huge margin of 12-5. Bajrang started his campaign with a very tough fight,  defeating Kyrgyzstan’s Ernazar Akmataliev on points as at the end of six minutes both were leveled at 3-3, but Bajrang was declared the winner on the basis of a point-scoring move.

In the quarter Final Bajrang pinned down Iran’s Morteza Ghiasi Cheka to the mat and won the bout by fall. Bajrang started the contest on the back foot as he conceded a shot clock for passivity and gave one point to Morteza Ghiasi Cheka. The first round ended, Bajrang trailed 0-1. The second round was quite different as both wrestlers were going for it and it was the Iranian who caught Bajrang in a leg hold. The Indian however defended the position brilliantly and then received a second warning for passivity. With 90 seconds to go, Bajrang then turned up the ante and pinned down his opponent in a matter of seconds, winning the bout by fall. 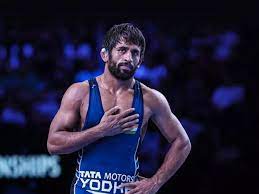 In the end, We can hope and pray that we win two medals today and there could be no better way to end this journey.