All convicts in Rajiv murder case released: SC order; After coming out of jail, Nalini said - I am not a terrorist 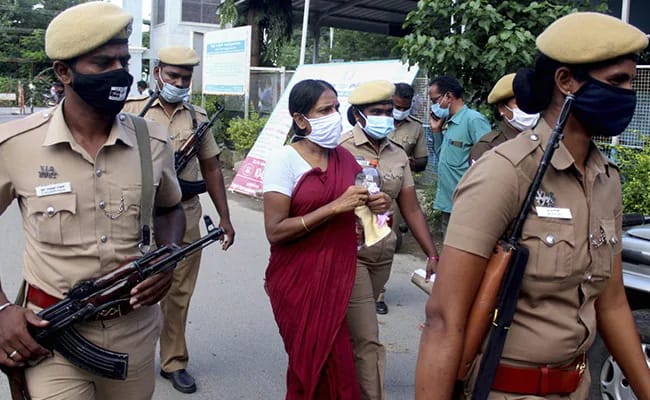 All the 6 convicts in the Rajiv Gandhi assassination case were released on Friday. Earlier in the morning, the Supreme Court ordered the release of all the convicts, including Nalini and RP Ravichandran. Within an hour of the court's order, all the convicts, who were serving life imprisonment, were released.

On May 18, the Supreme Court had ordered the release of Perarivalan, a convict in the same case. The rest of the convicts had also demanded the release from the court citing the same order. Both Nalini and Ravichandran have spent more than 30 years in jail.

After her release from jail, Nalini spoke to a TV channel. He said- I am not a terrorist. I was in jail for the last 32 years and these have been struggling times for me. I thank all those who supported me. I thank the people of Tamil Nadu and all the lawyers for having faith.

On the release of the convicts of Rajiv Gandhi's assassination, Congress has said that it is not acceptable. Congress General Secretary Jairam Ramesh issued the letter saying – The Supreme Court did not keep the sentiments of the country in mind while giving the verdict. Judgment is full of mistakes.