All 22 people on board the Tara Air plane found dead, 14 bodies recovered

A Tara Air plane took off in Nepal on Sunday morning. According to airport officials, Tara Air's double engine aircraft took off from Pokhara to Jomsom in the morning. 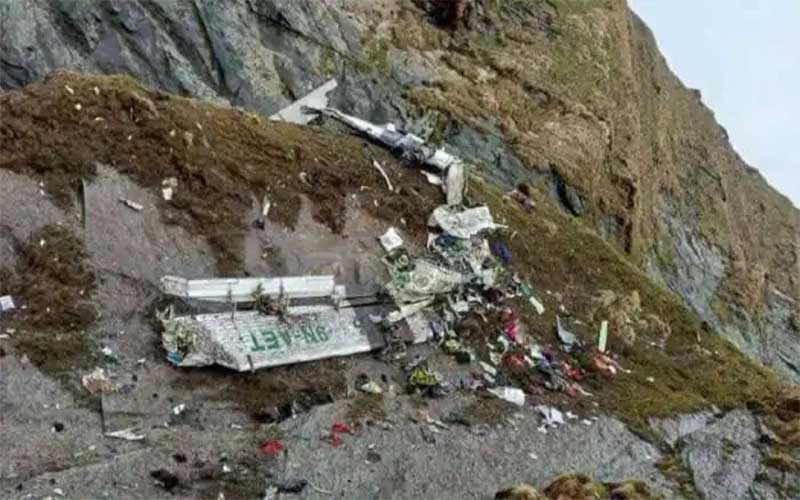 Nepal's military on Monday traced the spot where a Nepalese private airlines plane crashed on Sunday. According to the Nepalese Army, the bodies of 14 people have been recovered. The bodies are yet to be identified. Home Ministry spokesperson Fadindra Mani Pokharel said that we suspected that all the passengers on board the plane had lost their lives.

Our preliminary assessment also shows that no one can survive the plane crash. Tara Air's 9 NAET twin-engine aircraft, carrying 22 people, including four Indians, crashed in Kowang village of Mustang district, hours after it went missing in the hills district on Sunday morning.

A team led by Police Inspector Raj Kumar Tamang reached the accident site by air. Officials said some of the bodies of the passengers are yet to be identified. At the moment, the police are collecting the remains. A Nepalese army spokesman said a team of 15 soldiers had been rushed to the accident site to retrieve the bodies. The crash site is located at an altitude of about 14,500 feet while the team has been landed at an altitude of 11,000 metres.

A Tara Air plane took off in Nepal on Sunday morning. According to airport officials, Tara Air's double engine aircraft took off from Pokhara to Jomsom in the morning. The last contact with the plane was made at 9:55 am. Officials said the plane was only for a 15-minute flight and had 22 passengers on board. The plane was feared to have crashed even after 5 hours as there was no clue.