Alia Bhatt and Ranbir Kapoor were a little too romantic, were seen holding their arms

Alia Bhatt has rocked the internet by sharing a beautiful picture with her fans with Ranbir Kapoor. 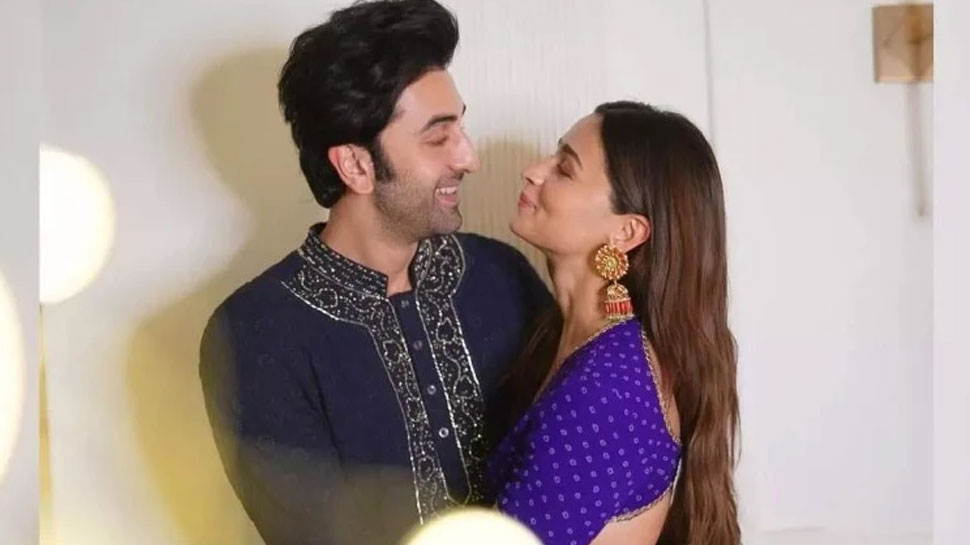 Celebrating Diwali, on Thursday, several B-town celebs took to their social media handles to share festive wishes. At the same time, Alia Bhatt not only shared such a picture with her fans, wishing her love and light, which has rocked the internet. She shared pictures of her boyfriend and actor Ranbir Kapoor. Alia shared two Diwali posts on her Instagram handle. In the first post, she had three pictures of her in ethnic wear in violet color, taken from designer Sabyasachi's atelier. Its caption was, 'Little light... Happy Diwali.'

Alia Bhatt was also seen with her boyfriend Ranbir Kapoor in the second post. In the picture, both of them are seen in each other's arms, looking deeply into each other's eyes. Posing for the click, these two look like dream couples. In the caption of this picture, Alia wrote, 'And some love. Happy Diwali.'

For the occasion, Ranbir was wearing a dark blue kurta with golden-silver embroidery on the neckline. Before Alia shared the post, Ranbir and she were seen together at the North Bombay Sarbogenin Durga Puja Committee to seek Goddess Kali's blessings on the occasion of Diwali. The two were accompanied by their upcoming film 'Brahmastra' director and close friend Ayan Mukerji.