The whole matter is being investigated. According to officials, the plane has been thoroughly checked and nothing suspicious has been found so far. He told that the aircraft has been parked separately. 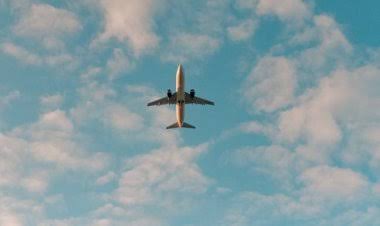 There was a stir at Delhi's IGI Airport after getting information about a bomb in a flight coming from Moscow to Delhi. In view of the safety of the passengers from the landing of the plane, all the agencies became alert as a precaution. Nothing suspicious has been found so far. The Central Industrial Security Force (CISF) received a bomb threat on an international flight bound for Delhi from Russian capital Moscow in the early hours of Friday, police officials said. Officials said a bomb warning was issued to the CISF in the respective flight, officials said. Email was received.

It was told in the email that the flight SU 232 (Moscow to Delhi) arriving at T3 at 3:20 am today has a bomb. After this, Bomb Disposal Squad and other rescue teams were sent and the plane landed on runway 29. 386 passengers and 16 crew members were deboarded from the flight. The whole matter is being investigated. According to officials, the plane has been thoroughly checked and nothing suspicious has been found so far. He told that the aircraft has been parked separately.

Similarly, on June 14, 2021, there was a stir at Delhi's Indira Gandhi International Airport when someone called the Delhi Police Control Room and informed that a bomb was kept in flight SG 8721 going to Patna. As soon as the news was received, there was a stir at the entire airport. The flight was about to takeoff in a few minutes.

In view of the seriousness of the matter, officers of Delhi Police and all security agencies reached the flight in a hurry. The entire flight was searched, it was found that Akashdeep, 22, who was sitting in the flight, had given fake information about the bomb. According to the police, Akashdeep's mental condition was not good. Further action was taken after his medical examination.