The Ministry of Health of Palestine also declared 51-year-old Abu Aqleh dead. She was a Prime Face of Al Jazeera's Arabic News Service. The Israeli military confirmed that it launched a military operation on Wednesday morning at the Jenin refugee camp, home to Palestinian armed groups in the northern West Bank. 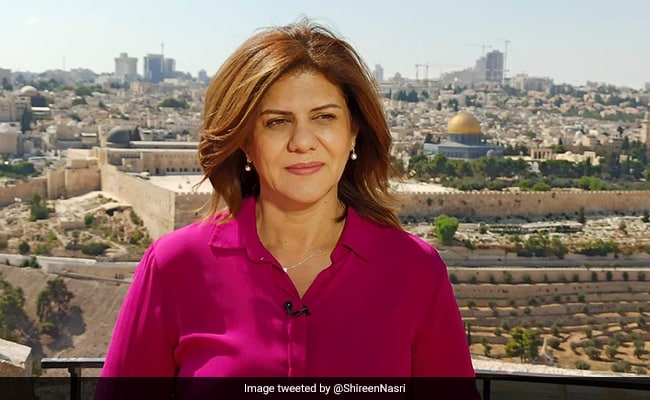 The news network Al Jazeera has made a big accusation against Israel. In a release on Wednesday, the channel said that Israeli forces killed Al Jazeera reporter Shireen Abu Aqleh in a "thought-out conspiracy" while she was working on the border of Palestine. Al Jazeera said, "In a clear-cut murder, in violation of international law and regulations, the Israeli occupation force killed an Al Jazeera journalist in Palestine as part of a well-thought-out conspiracy." Al Jazeera has appealed to the international community to hold the Israeli army responsible for the deliberate targeting and killing."

The Palestine Health Ministry declared Abu Aqleh, 51, dead. Abu Akleh, a journalist for Qatar's TV channel, was a Palestinian Christian who also had American citizenship. She was the leading face of Al Jazeera's Arabic news service. The Israeli military confirmed that it launched a military operation on Wednesday morning at the Jenin refugee camp, home to Palestinian armed groups in the northern West Bank.

Since launching in 1996, 12 Al Jazeera journalists have been killed in the line of duty.

On the other hand, Israel said that there was a gunfight between the suspects and the security forces and that they are investigating whether the journalists were injured, probably in the Palestinian fire. Kar refused to target any reporters. An Israeli military official told AFP that military officers do not target journalists after a message emerged that appeared to have been sent from the Israeli government.

"The first bullet hit me and the second bullet hit Shireen. They killed her in cold blood."Al Jazeera journalist Ali al-Samoudi who was next to Shireen stated the moment when Shireen was killed by Israeli occupation forces.