Akshay Kumar on March 30 kick-started the shooting for his much-anticipated project `Ram Setu` and unveiled his first look from the film featuring him as an archaeologist. 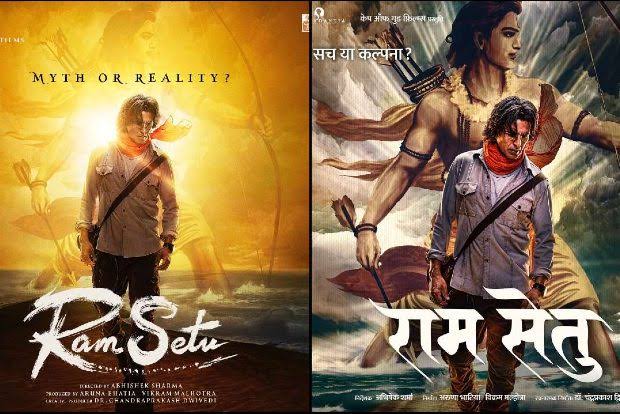 Megastar Akshay Kumar on Tuesday (March 30) kick-started the shooting for his much-anticipated project `Ram Setu` and unveiled his first look from the film featuring him as an archaeologist. This movie can also be also rocks in Bollywood Akshay is finest actor he brings different types of movies which fans love to watch it the poster also showing the is different. Akshay had announced the film on Diwali last year by releasing posters on his social media accounts.

He had also shared the first look poster of the film that revolves around the ideals of Lord Rama.

The film is being directed by Abhishek Sharma and is produced by Aruna Bhatia and Vikram Malhotra.

`Ram Setu` is an action-adventure drama that brings to light a story that is deeply rooted in Indian cultural and historical heritage.

The movie also features Jacqueline Fernandez and Nushrrat Bharuccha in pivotal roles. Following the film's theatrical release, `Ram Setu` will soon be available for Prime members in India, along with more than 240 countries and territories. Amazon Prime will also be the worldwide exclusive streaming partner for the film. people are excited after watching his first look for the ‘RAM SETU’. Hope this movie rocks in future .