Akash, who holds a master's degree in economics from Brown University, USA, has played a key role in the success of Jio Infocomm so far. 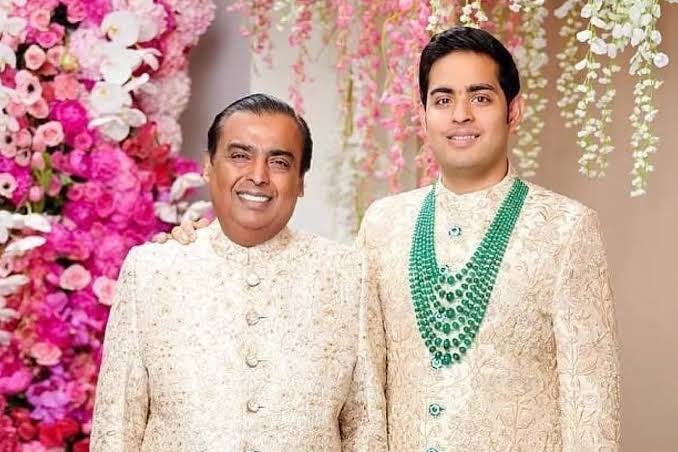 Reliance Group Chairman Mukesh Ambani has now started the process of handing over the throne to his sons. In this sequence, Mukesh Ambani has handed over the responsibility of Reliance Jio to his elder son Akash. He was born on 23 October 1991, Akash was working as the Strategy Head of Jio Telecom.

According to the company, Akash has personally led several major acquisitions made by Jio over the years. These include AI platform Haptik, telecommunications technology firm Radisys, business management software maker Tessaract and music streaming service Saavn. At the same time, Akash is also very interested in the development of new technologies including Artificial Intelligence-Machine Learning and Blockchain.

Akash Ambani was married in the year 2019 to Shloka Mehta, the youngest daughter of diamond merchant Russell Mehta. After which Akash became a father in the year 2020 and Akash's son's name is Prithvi Akash Ambani.

Akash not only likes to watch cricket but also like to play. Akash is so fond of cricket that he also showed a lot of interest in designing the kit for his Mumbai Indians cricket team which was included in the Indian Premier League in 2008. Mukesh Ambani will continue to serve as the Chairman and Managing Director of Reliance Industries Limited and the Chairman of Jio Platforms Limited.