AK-203 assault rifles started being made in India, a total of 6.7 lakh rifles will be made for the Indian Army

The first 70,000 AK-203 rifles of 7.62 X 39 mm caliber will have Russian components, but after that the rifle will be completely indigenous. These rifles will enhance the capability of the Indian Army in counter insurgency and counter terrorism operations. 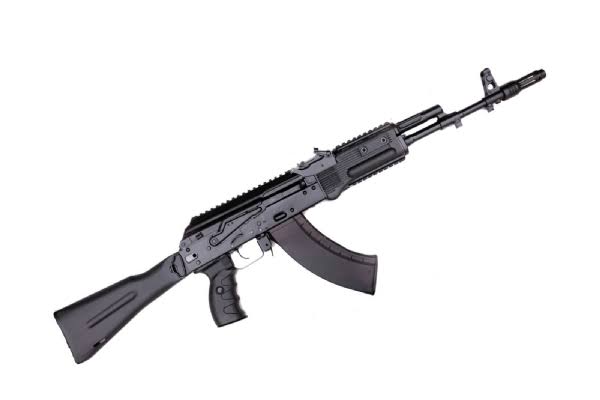 The production of AK-203 assault rifles has started at Korwa Ordnance Factory in Uttar Pradesh's Amethi district. Not only this, soon after the first batch of 7.62 mm Kalashnikov is ready, it is expected to be delivered to the Indian Army. With this, India has become the first country to start production of AK-200 series assault rifles of world famous brand Kalashnikov.

Prime Minister Narendra Modi formally inaugurated the scheme on March 3, 2019, to manufacture AK-203 rifles at the Korwa Ordinance Factory in Amethi, Uttar Pradesh in collaboration with Russia. This project will be known as Indo-Russian Joint Private Limited. This rifle is being manufactured jointly by Advance Weapons and Equipment India Limited, Munitions India Limited and Russia's Rosoboronexport and Konkorn Kalashnikov. The first 70,000 AK-203 rifles of 7.62 X 39 mm caliber will have Russian components, but after that the rifle will be completely indigenous. These rifles will enhance the capability of the Indian Army in counter insurgency and counter terrorism operations.

Russia-India joint venture Indo-Russian Rifles Pvt Ltd has started production of AK-203 Kalashnikov assault rifles at the Korva Ordnance Factory in Amethi, Uttar Pradesh, Alexander Mikheev, Director General of Rosoboronexport, said in a statement on Tuesday. 7.62 mm at Korwa Ordnance Factory in Amethi. The first batch of Kalashnikov AK-203 assault rifles is produced. The deliveries to the Indian Army are expected to begin soon after these rifles are tested. He said that these rifles meet the modern requirements of firearms around the world. Mikheev said that the Amethi-based assault rifles manufacturing plant has the capability to fully equip the Indian armed forces with AK-203 rifles. In addition the joint venture will be able to export its products to third countries. Russia and India will continue to implement military-technical cooperation projects. Rosoboronexport aims to take forward the 'Make-in-India' initiative by supporting the Indian side in terms of transfer of technology. In the future, the company may upgrade its production facilities to increase production of advanced rifles based on the Kalashnikov assault rifle platform.