Ajaz Khan has been detained In Drugs Syndicate Case by NCB

In recent months, The NCB has tightened the screws on the suspected Bollywood-narcotics syndicate conducting investigations, interrogations, and arrests in this connection. Several industry A-listers, including Arjun Rampal, Deepika Padukone, Shraddha Kapoor, and Sara Ali Khan were questioned by NCB. 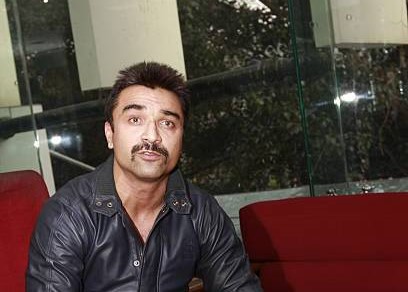 On Wednesday, the Narcotics Control Bureau (NCB) detained actor and former Bigg Boss contestant Ajaz Khan, a day after he was questioned over restricted drugs discovered at his Mumbai home. Upon his arrival from Rajasthan, he was taken into custody yesterday from the Mumbai airport.

During searches in the city's Andheri and Lokhandwala areas, the agency retrieved alprazolam tablets from his home. NCB stated that Aijaz Khan is a part of the syndicate of drug dealer Shadab Farooque Shaikh alias Shadab Batata. Last Thursday, Shaikh was seized, and over 2 kilogrammes of the banned mephedrone drug were found on him.

Batata's revelations led the agency to Khan, who was then cross-examined at the NCB's Mumbai office. Speaking to reporters outside the office, Khan claimed that he was not arrested and rather gone to meet the officers voluntarily. This morning, he insisted on his innocence.

Talking to reporters while being taken away by officials, Khan said “Neither was anything found from my home nor the airport.” When asked repeatedly about the drugs found at his residence, he said, “Nothing. Ask them where they got it, what they got was four sleeping pills. My wife had miscarried and was in depression. She was taking those pills.”

In recent months, The NCB has tightened the screws on the suspected Bollywood-narcotics syndicate conducting investigations, interrogations, and arrests in this connection. The inquiries are linked to the death of actor Sushant Singh Rajput last year.

In recent days, the department has also detained numerous foreign nationals for drug possession. According to ANI, on Monday, a Nigerian national was arrested and 200 grammes of Mephedrone were recovered from the Navi Mumbai district. And, on the same day in Chennai, it took custody of six Sri Lankan nationals who were intercepted on a boat in Indian waters with 300 kilogrammes of heroin and a considerable quantity of arms and ammunition.