Air India alert after urination incident, will review the policy of serving alcohol during flight

Wilson said that customers have to suffer due to the reprehensible actions of their co-passengers on our aircraft. We express regret and sorrow over such acts. Air India is determined to take action against such acts. 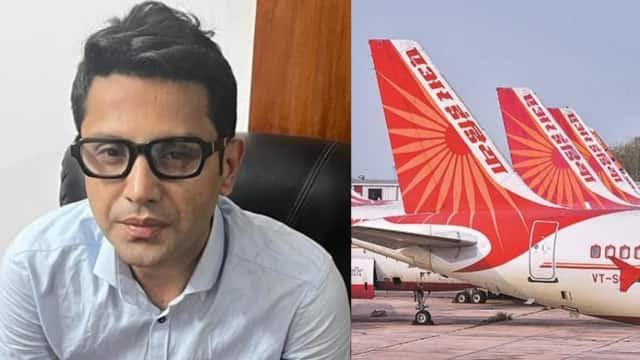 Air India has asked to review its in-flight alcohol policy after a woman passenger urinated on a Paris-New Delhi flight. Air India CEO and MD Campbell Wilson has issued a detailed statement for the first time in this entire incident, not only expressing regret and apologizing, but also announcing five steps to deal with the troubles caused by any act of any passenger.

Wilson has also stated that soon after the above developments came to the notice of flight number AI-102, all the four crew members and one pilot involved in that service were issued show cause notices and have been removed from the roster with immediate effect. Along with this, it is also being investigated whether any other employees are also at fault or not. Wilson said that customers have to suffer due to the reprehensible actions of their co-passengers on our aircraft. We express regret and sorrow over such acts. Air India is determined to take action against such acts.

He has been informed about taking five steps to prevent such incidents in future. The first step is to change policies for handling incidents and unruly passengers, and to better train crew to assist affected passengers empathetically. Second, review airline policy on serving alcohol in flight. Thirdly, making changes as per DGCA's instructions regarding internal committee meeting, providing iPads to pilots and senior crew members so that they can record such incidents quickly and decisions can be taken in a timely manner. Air India is also installing new software in this context. With this, the old and time consuming process of recording incidents on paper will end.