The plane crashed near Barmer at around 9:10 pm in which both the pilots suffered serious injuries. 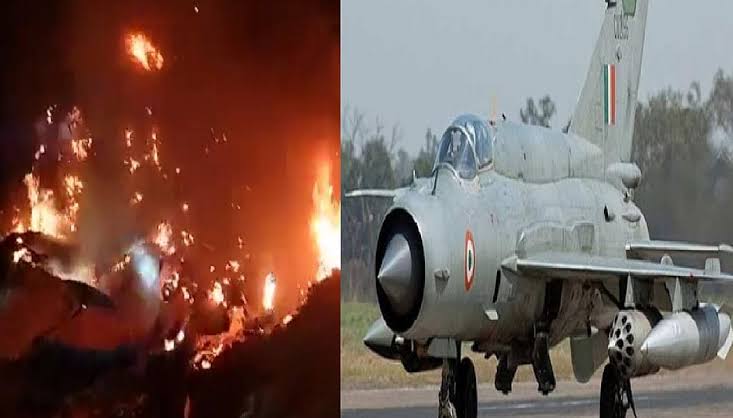 Air Force fighter aircraft MiG-21 crashed in Rajasthan's Barmer. Two pilots died in this accident. As soon as the information about the incident was received, relief and rescue teams were dispatched to the spot. The Air Force said in a statement that, "A twin seater MiG-21 trainer aircraft of the Indian Air Force was taking off for training from Uttarlai airport in Rajasthan this evening.

It further said, "The Indian Air Force deeply regrets the loss of lives and stands firmly with the bereaved families."

A Court of Inquiry has been ordered to ascertain the cause of the accident, the statement said. According to the Air Force, the MiG-21 is a Soviet-era single-engine multirole fighter/ground attack aircraft that forms the backbone of its fleet.