He is said to be a soft-spoken and approachable politician, is well-known for riding his two-wheeler through the streets of Puducherry even as the Chief Minister of the UT. 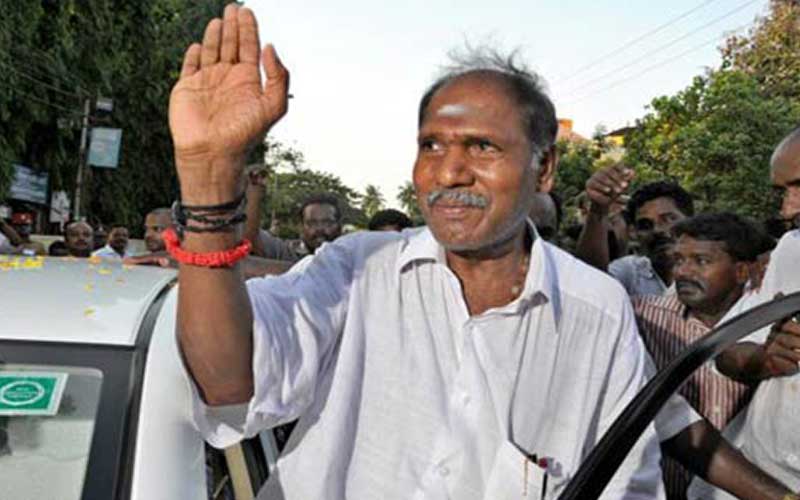 The AINRC ran elections alongside the BJP and secured 16 of the 30 seats up for grabs.The Puducherry assembly has a one-of-a-kind electoral structure in which 30 members are directly elected by the people and three are nominated by the Centre, while 17 is the majority threshold.

NDA's count would be 19, two more than the consensus threshold, with three nominated candidates.

The Indian National Congress, which ruled Puducherry until its dissolution in February, managed to capture only two seats. Its political ally, the DMK, secured six of the 13 seats it ran for.

The fourth timer was earlier party of Congress party, having led it in Puducherry for several decades, however Lok Sabha MP VNarayanasamy intensified his criticism of Rangasamy on multiple counts, and the AICC replaced him as CM with V Vaithilingam in August 2008.

Rangasamy has previously served thrice, out of which two terms have been served as a Congress Chief Minister in the Puducherry, from 2001 to 2006 and then from 2006 to 2008, only to be later replaced by the political party. Later, he launched his own party, AINRC, and ran alone in the 2011 elections, becoming a Chief Minister for the third time.

He is said to be a soft-spoken and approachable politician, is well-known for riding his two-wheeler through the streets of Puducherry even as the Chief Minister of the UT.

I would like to congratulate Shri N.Rangasamy Ji on taking oath as Puducherry CM. Best wishes for the tenure ahead.