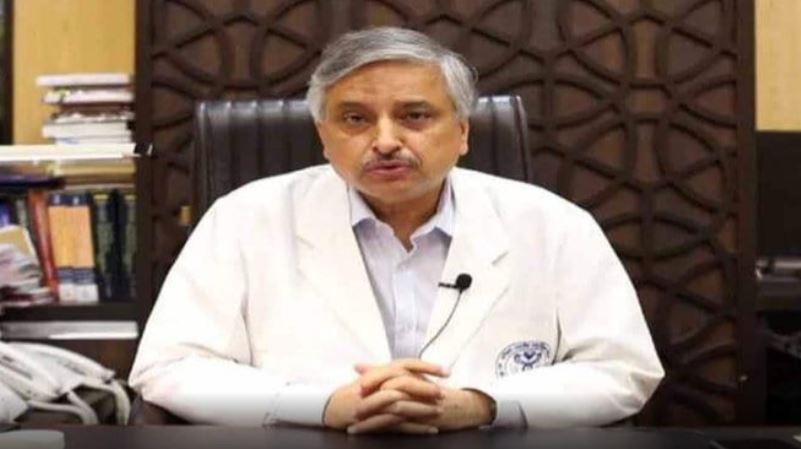 Dr Randeep Guleria, Director, AIIMS, who was at the helm of the team which was probing whether the Delhi Govt officials had ‘exaggerated’ its Oxygen needs in an interview showed his reluctance to state that Delhi could be found guilty of the tag.

An alleged report is making the rounds on the social media and in the media houses claiming ‘Delhi has been found to be ‘exaggerating’ its Oxygen Demand as much as four times’. The ‘report’ has created a further strain in the relationships between the Central Govt and those who have been voted to take care of the needs of the Delhi’s citizens.

Dr. Guleria opined that till date only an interim report has been prepared and said “We should be wait for the final report.”

On the question of whether the Delhi government could be found guilty as alleged, he was of the opinion, "I don't think we could say that".

He further said, "The matter is in the Supreme Court. We need to wait and see what the top court says about it. Undercounting of active cases and other factors need to be considered."

The ‘report’ apart from claiming the ‘exaggeration’ also claimed that the supply of excess oxygen to Delhi "affected other states".

Though sources close to BJP claim that the ‘report’ in circulation is an interim report of a Supreme Court audit team, however Aam Aadmi Party leaders, is insisting there is no such report and the claim is "malicious and false".

The ‘report’s’ findings suggest that Delhi officials used a wrong formula to calculate its Oxygen needs and its claims in the Court were hence ‘exaggerated’.

"It was discussed that there is a gross discrepancy (about four times) in that the actual oxygen consumption claimed (1140MT) was about four times higher than the versus calculated consumption by formula for bed capacity (289MT)," says the ‘report’ which is being claimed as being submitted by the Union Government to the Supreme Court. This report seemingly also has recommendations of a National Task Force on oxygen.

The ‘report’ is also supposed to indicating that Delhi's infrastructure was inadequate for storing beyond 700 MT, the amount that Supreme Court had ordered the Centre to supply to Delhi.

Earlier Arvind Kejriwal, Chief Minsiter of Delhi had said, "My crime is I fought for the lives of Delhi's two crore people."

"When you were addressing election rallies, I was awake all night arranging for oxygen. I fought and pleaded to arrange oxygen for people. People have lost their loved ones due to shortage of oxygen. Please don't call them liars. They're feeling very bad," he added.

Delhi had witnessed unprecedented medical emergency during the second wave, with many dead and many more gasping for Oxygen, this in turn had created a scenario where several Delhi based hospitals were pressing the panic button and some even reaching out to the Courts to get medical Oxygen supplies.