An agreement will soon be signed between the three services and IGNOU regarding this. The final round of talks are going on with the Army regarding the framework of its special course. 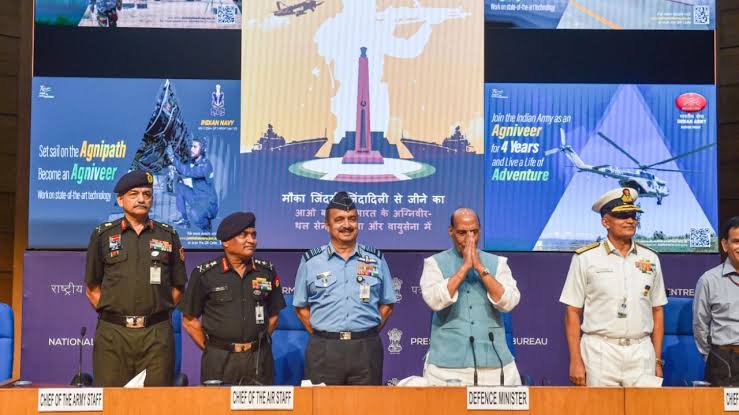 The Ministry of Education has approved the starting of a three-year special degree course for the future of Agniveers who are recruited in the Army under the Agneepath scheme. Which will be operated by Indira Gandhi National Open University (IGNOU). The Ministry has entrusted the task of designing this special course to IGNOU. Fifty percent of which will be related to skill development, while fifty percent will be related to the subject. Fifty percent of the skill development related to the time of Agniveers in the army and their work will be added up.

In the high level meeting chaired by Education Minister Dharmendra Pradhan, approval has been given to start this special course for Agniveers.

The draft which has been prepared for this special bachelor's degree course, in which fifty percent marks will be of skill-related training. Which will be decided on the basis of technical and non-technical experience of Agniveers during the service of four years. Whereas the remaining fifty percent marks will be decided by the subjects. In which major subjects like language, history, economics, political science, public administration, sociology, commerce, tourism, agriculture and astrology have been included.

This step has been taken by the Ministry of Education to improve the future of Agniveers as well. At the same time, the focus of the army is to give a respectful farewell to the firefighters from the army, so that they can live their life better even after withdrawing from the army.