Agnipath Protests: 11 coaching operators have been arrested from Aligarh

18 such WhatsApp groups have been identified, of which they were a part and work was being done to incite the candidates to violence. 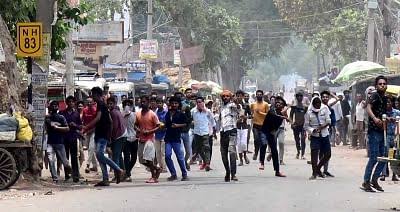 Coaching operators have also come under the scanner in the violence that erupted over the Agnipath recruitment system in Uttar Pradesh. While 11 coaching operators have been arrested and sent to jail in Aligarh, their involvement is being investigated in many other districts. According to the top police officers, the process of verification of coaching institutes across the state will be done through the education department.