The security forces had to open fire to control the protesters. One youth has died in police firing, while 6 people have been badly injured. The injured have been admitted to Gandhi Hospital in Sikandarabad. 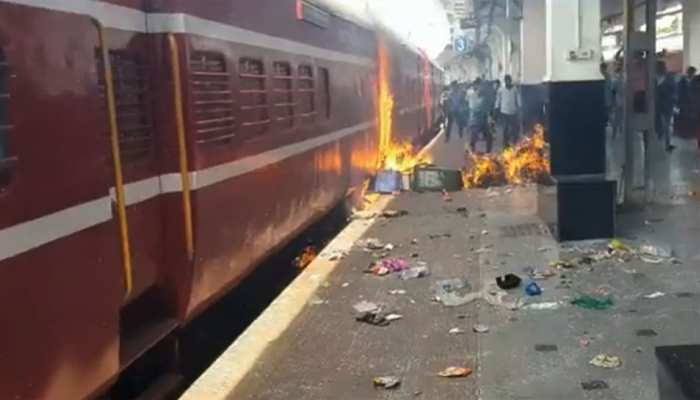 There is a ruckus in the whole country regarding the Agnipath scheme. Violent demonstrations are taking place from North to South India. Trains are being targeted everywhere. After UP, Bihar, now there has been arson in Telangana. According to the information, protesters set a passenger train on fire at Secunderabad railway station and pelted stones fiercely.

According to media reports, a senior police officer said that, "GRP was forced to fire due to the disturbance. Earlier, lathi charge and tear gas shells were fired, but the protesters did not agree and kept on vandalizing. Due to this, The decision to fire had to be taken." It is being told that the GRP fired 15 rounds to control the protesters. At the same time, two soldiers were also injured in stone pelting by miscreants.

300 to 350 protesters attacked Secunderabad station. Candidates pelted stones fiercely and set a parcel coach of a passenger train on fire. Along with this, the protesters also vandalized the shops and stalls built at the station. The miscreants took out the salmon from the shops and threw them on the tracks.