After the violence act, shops in Muslim areas remained closed, officers were standing in every corner

Due to panic, women and children of the families remained imprisoned in their homes. Throughout the day the police and administrative officers kept coming and going. 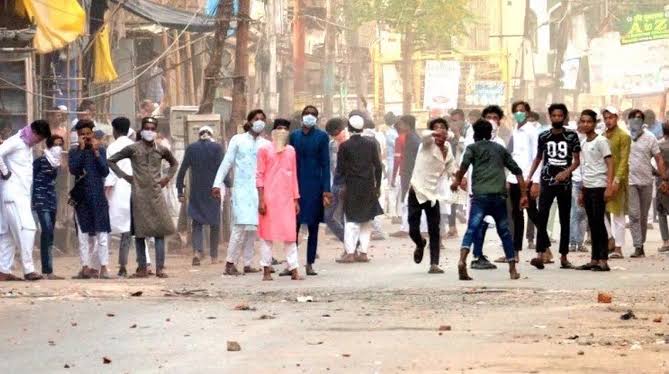 Most of the shops in the Muslim area remained closed after the uproar on the new road. At the same time, police and administrative officers also camped here throughout the day.

The market closure was called on protest against the religious remarks of BJP spokesperson Nupur Sharma. In which the people of a particular class had a dispute with the other side regarding the closure of the market. After which the atmosphere was spoiled by stone pelting, bombing. After the ruckus that lasted for four hours, the police chased the miscreants by lathi-charge. On Saturday, the second day of the ruckus, there was no movement in the market. 60 percent of the shops, especially in the Muslim area, were closed. Forces were stationed everywhere. 12 company PAC was installed.