After the murder of Sidhu Moosewala, Video of Killers celebrating with Weapons found in Investigation, Watch the Video Here

The phone of Ankit Sirsa, the youngest shooter involved in the murder, has been scanned, after which the video surfaced. 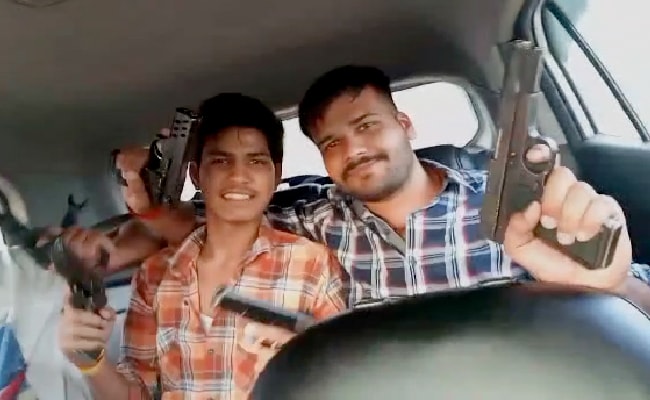 In the investigation of Sidhu Moosewala Murder Case, in a new video, after killing the Punjabi singer, his attackers can be seen celebrating. This video has been recovered from a shooter, in which five people can be seen in a car. The accused can be seen smiling and waving their guns in front of the camera. In the video, the shooter who is sitting in the front seat of the car in a blue T-shirt is Priyavrata Fauji, while the one in the back seat wearing a check shirt is Ankit. The phone of Ankit Sirsa, the youngest shooter involved in the murder, has been scanned, after which the video surfaced. The 18-year-old shooter was arrested last night from a terminal in Delhi. According to the police, Ankit is a member of the gang of convicted gangster Lawrence Bishnoi.

The police have named him as the main shooter of the murder. Delhi Police sources have revealed that Ankit Sisra went closest to Sidhu Musewala and fired six bullets at him. His associate Sachin Virmani has also been arrested. Moosewala, who was very popular for his songs and music among the Punjabi community in India and outside India, was murdered on May 29 of the same year by firing on his car.

According to the police, gangster Lawrence Bishnoi is the main accused in this case. During interrogation, Lawrence admitted to being the mastermind of the case. Sources in Delhi Police say that Ankit Sirsa had come closest to Singer Musewala who was driving the SUV and fired bullets at him with both hands. Ankit is seen holding a gun in the pictures, in which "Moosewala '' is written from the cartridge. He can be seen posing with AK 47 and other pistols in several pictures. According to police, he had received orders from Canadian gangster Goldie Brar to kill Moosewala, a close aide of Lawrence Bishnoi, a day earlier. Goldie Brar claimed responsibility for Moosewala's murder in a Facebook post soon after the crime.