After the incident of assault between two sides in Jodhpur, Section 144 was implemented

Two youths clashed with another youth after an altercation near a sweet shop in Sur Sagar police station area of ​​Jodhpur, after which the matter escalated. 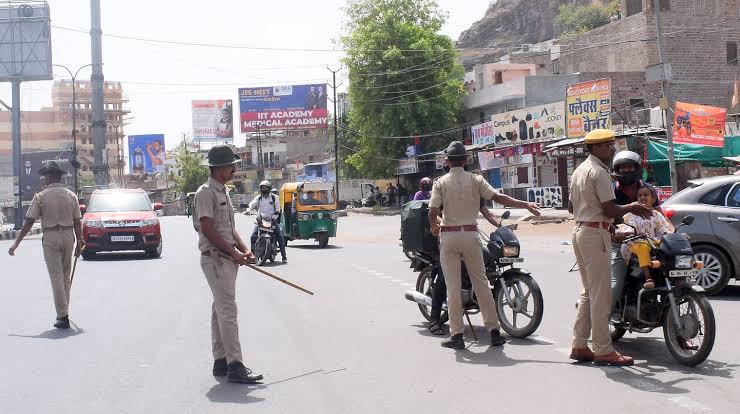 In Jodhpur's Sursagar area, on Tuesday evening, an incident of assault took place between the youths of two communities, which caught fire, after which the tension increased so much that the police of five police stations had to take the lead.

In the CCTV footage, a policeman who reached the spot can be seen rescuing the fighting youth, after which people from both the communities came out but the police who reached the spot handled the situation and met people from both the sides to maintain peace. appealed to. There are reports of 2 people getting injured. At the same time, peace talks are going on with the people of both the sides and 3 people have been detained so far in this case.

As soon as the information of the incident was received, top police officers and police of five police stations reached the spot and controlled the situation, along with this, people have been deployed to stay in their homes and additional squads have also been deployed to restore peace. Section 144 has been imposed in the Suit Jagran police station area of ​​Jodhpur and in the concerned area, in which more than 5 people are prohibited from gathering at one place.