After Taliban’s Ordinance of Face-Concealment for Female Anchors, Male Journalists in solidarity put Masks on Air

In a Dystopian Situation taking a tangible form, Women Presenters in Afghanistan won’t be able to reveal their faces as per a misogynistic mandate by the Taliban Tyrants, which has made #freeherface trending across Social Media 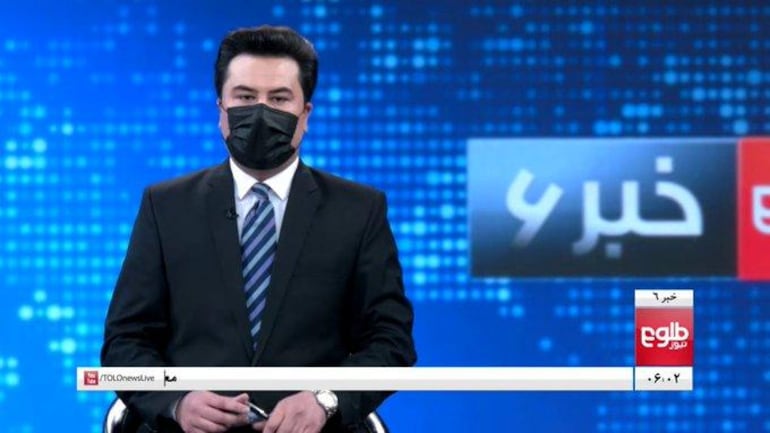 Taliban, Afghanistan’s new tyrants have now taken it upon themselves to contain people inside the country, using ordinances, specifically for women. Just like Margaret Atwood’s The Handmaid’s Tale taking a tangible form, the physical invasion is now here to rule the people of Afghanistan based on what they prefer, and this is having repercussions, specifically for women across the country.

Atwood once in her coveted novel had said, “They seemed to be able to choose. We seemed to be able to choose, then. We were a society dying of too much choice.” The Taliban have taken it upon themselves to dictate to women their chores, and yet again, misogyny has been demonstrated by a mandate that they released. As per a decision of the Country's Vice and Virtue Ministry, it is now mandatory for female news presenters to cover their faces when they are on air. So from now on, women presenters are not allowed to reveal their faces.

In solidarity with their female counterparts, the men journalists wore masks and presented the news. Social Media, in very little time, was filled with hashtags like #Freeherface, with journalists, men, and women, from Afghanistan and all over the world, posting masked-up photos of them.

This however is unfortunately not the first time when Taliban have promulgated Misogyny and Sexist Regulations as if Liberated Women terrify them. Earlier this month, the Taliban ordered all women to be covered from head to toe while out in public and to wear clothes in which only the eyes are visible. The decree further mentioned that women could leave their homes only when necessary and listed punishments for male relatives if a woman violated the dress code. Men can even be jailed if the women refuse to comply.