After taking sleeping drugs, the owner of Baba Ka Dhaba was admitted to the hospital

He went viral last year and witnessed massive footfall at his Dhaba even amid a pandemic. 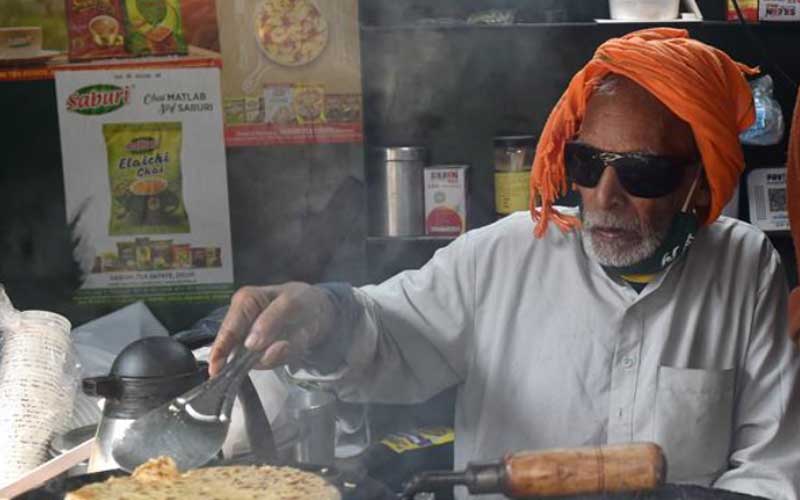 According to police, Kanta Prasad, the owner of Baba Ka Dhaba in South Delhi's Malviya Nagar neighborhood, attempted suicide on Thursday night and was subsequently brought to Safdarjung Hospital. After receiving a PCR report that a man had tried suicide and arriving at the hospital, the police identified him.

Kanta Prasad, who became famous overnight when his video went viral on social media, closed his new restaurant earlier this month due to massive losses. After six months of renown, the elderly couple returned to their roadside stall in Malviya Nagar, South Delhi, anxiously seeking customers.

He spent Rs 35,000 on restaurant rent, Rs 36,000 on three employees' salaries, and Rs 15,000 on rations, power, and water. The number of clients visiting the restaurant gradually declined, and the establishment's cost began to rise. Kanta Prasad Baba was forced to close his eatery as a result of this.

Kanta Prasad closed the Dhaba and started a restaurant in Delhi's Malviya Nagar after receiving financial assistance. In the new restaurant, Baba had recruited a cook and a waitress. For added protection, CCTV cameras were installed in the restaurant.

He had filed a defrauding case against YouTuber Gaurav Wasan, who made him famous by his vlog, alleging that he had misappropriated a donation sent in his bank account. Wasan, he claimed, had provided solely his and his family/friends' bank account information and mobile numbers with the contributors to receive money via various modes of payment.